The annual general debate, will open on Monday 24 September, and will conclude on Monday 1 October. On this occasion Heads of State and Government and other high-level national representatives will meet to present their priorities and exchange on major global issues.

France has been one of the UN’s members since its founding in 1945.

It holds a permanent seat at the Security Council, alongside the United States, the United Kingdom, Russia and China. France is the fifth-largest contributor to the United Nations regular budget and to the peacekeeping operations budget. 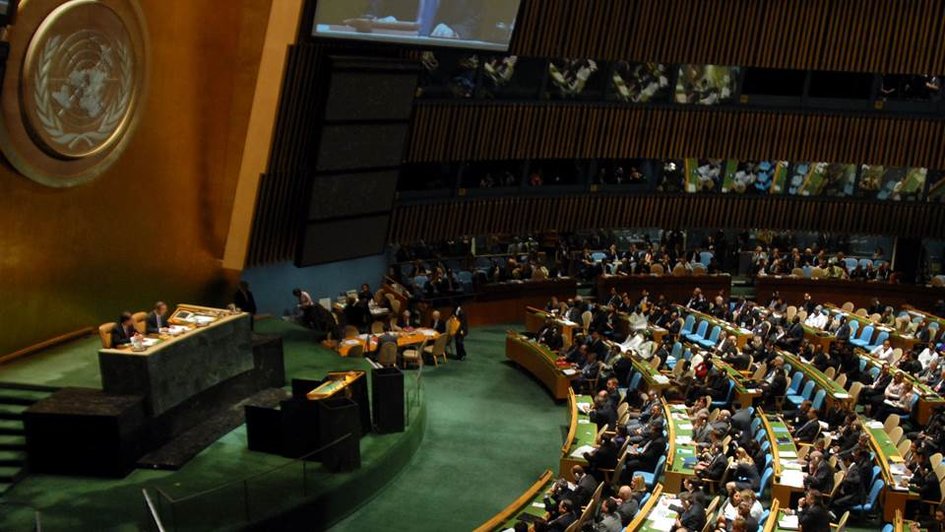 The latest crises have confirmed the central importance of the UN while also highlighting the need to make the organization more efficient and more representative of current global balances.

France advocates an expansion of the Security Council in negotiations on this theme at the General Assembly. In 2013, France proposed governing veto use in the event of mass atrocities, in the form of a collective and voluntary commitment by the permanent members.

Lastly, France supports the peacekeeping reform (https://peacekeeping.un.org/en/action-for-peacekeeping-a4p) initiated by the Secretary-General in 2018 for Peacekeeping Operations (PKO) that function better, are better funded, and are more capable of achieving their objectives.

“I want a more accountable, effective and agile UN, and I fully support the project of the Secretary-General of the United Nations and his ambition and determination to lead an organization equal to the world’s challenges.”

France has always played a particular role in the human rights field. It inspired the Universal Declaration of Human Rights, signed in Paris on 10 December 1948, the 70th anniversary of which is being celebrated in 2018.

France is particularly committed as regards:

France also supports the fight against impunity to prevent further atrocities and contributed to the creation of the International Criminal Court (ICC).

As host of COP21, France played a driving role in the conclusion of the Paris Climate Agreement, including through the periodical presentation of “national plans” for greenhouse gas emissions reduction.

In December 2017, French President Emmanuel Macron, UN Secretary-General António Guterres and World Bank President Jim Yong Kim launched the One Planet Summit to speed up the implementation of the Paris Agreement and get public and private stakeholders involved in the race against global warming.

Moreover, France has decided to bring before the UN a draft Global Pact for the Environment consolidating the major principles of international environmental law in the face of current challenges.

Official development assistance (ODA) is an essential pillar of France’s foreign policy. The President of the Republic has committed to it reaching 0.55% of the global national income (GNI) by 2022 in order to help achieve the Sustainable Development Goals (SDG).

France is making powerful diplomatic efforts to promote innovative international mechanisms that could provide additional resources for development, such as a tax on airline tickets to fund UNITAID or the International Finance Facility for Immunisation (IFFIm).

When it comes to maintaining peace and security, France plays a major role in the area of disarmament.

It has worked to support the drafting of numerous treaties, such as the Convention on Cluster Munitions adopted in 2008. It is highly involved in efforts to ensure respect for the non-proliferation regime and played a key role in the adoption of the various resolutions on Iran and North Korea.

France and the United Kingdom were the first two States to ratify the Comprehensive Nuclear-Test-Ban Treaty (CTBT) in 1998.

France was also the first State to decide and implement the decommissioning of its fissile material production facilities for nuclear weapons. It supports the resumption of work on the negotiation of a Fissile Material Cut-off Treaty.