On a sunny afternoon on the 18th day of September 2018, the incoming French Ambassador, Mrs Aline Kuster-Menager, was among the nine new envoys who presented their credentials to President Uhuru Kenyatta in the presence of Kenya’s Foreign Affairs Cabinet Secretary among other senior Kenyan government officials, at a ceremony that was held at State House Nairobi. 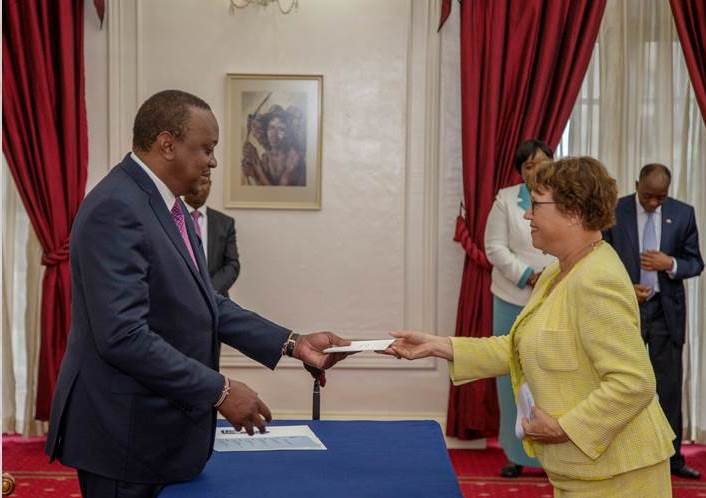 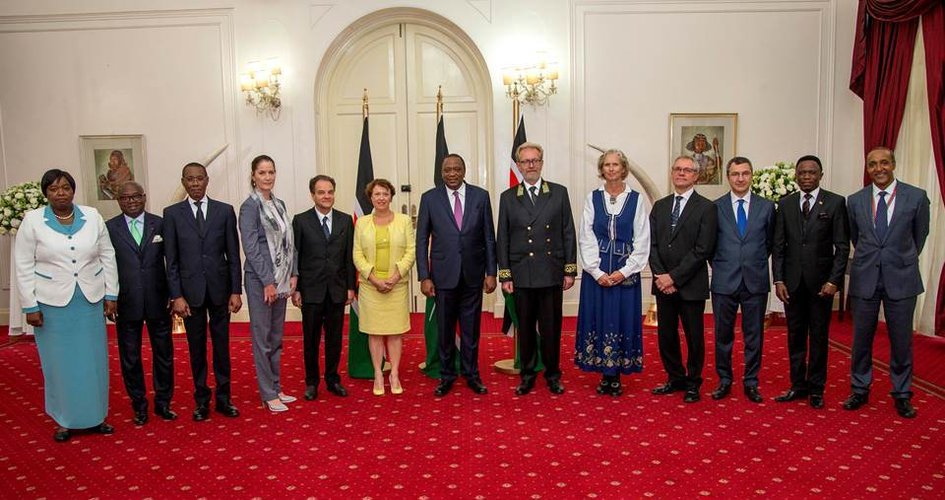 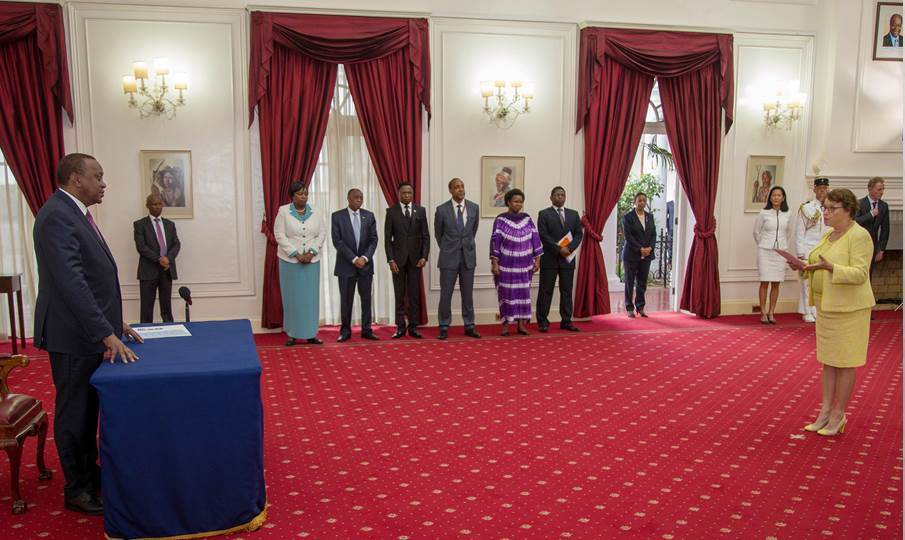 And below are her wordings during the ceremony :

Allow me, Your Excellency, to present the compliments of my Head of State and the people of France, to you personally, and, through you, to the people of Kenya. President Emmanuel Macron has a special interest for Africa; he considers that it is a continent which will frame the common future of humanity far from certain stereotypes; a continent which faces indeed big challenges, but also demonstrates a great potential for innovation and development.

In a world where multilateralism seems to be wavering, the priority given by Kenya in welcoming the different UN institutions -in particular UNEP- must be commended. On the fight against terrorism, on the quest for regional peace and security -especially in South Sudan and in Somalia- Kenya is also a key player through its diplomatic and military efforts.

Our two countries have a lot to share and this explains why our relationship is a strong one and, above all, one of partnership. Your Excellency, I would like to convey to you today the firm will of President Macron to make this partnership even stronger and to amplify the political dialogue between our two countries. Allow me at this point, Your Excellency, to mention a few examples that illustrate our relationship:

French companies have taken particular interest in investing in your country, with currently more than one hundred of them operating in Kenya, employing more than 10 000 Kenyans. France is cited as the third foreign investor in Kenya, a position that is further reinforced thanks to two programs recently launched by our national export agency Business France, with the Kenya Export Promotion Council and with KenInvest.

Following the visit of the President of the MEDEF in late march, we are monitoring with the closest attention the roadmap of the 12 priority projects that were identified on this occasion; among them, we expect an outcome to be announced soon regarding the first highway to be realized and operated under a PPP scheme in Africa.

Kenya is the biggest financial commitment in sub-Saharan Africa for Agence Française de Développement (AFD) which is one of the first foreign partner in the Kenyan energy sector - in particular through the “last mile” connectivity program. AFD through its subsidiary PROPARCO is also actively supportive of the development of the private sector.

Kenya is working forward to build more sustainable cities and France is keen to exchange experience and expertise, not only on public policies, but also through the smart solutions provided by the French companies. This will be the topic of the next Africa-France summit, and we do believe that Kenya, together with its East African neighbors, has a role to play to push for new solutions.

On the “Blue economy”, which is one of the targets to achieving “the big four”, France which has the second coast-line worldwide is ready to share its experience, including better monitoring the security issues.

On education and research, there is a scope to amplify the existing partnerships between our universities and research centers. France supports Kenya in its efforts to introduce foreign languages from primary schools; a center for teaching French has just been opened at the Kenyatta University.

Like Kenya, France is very much aware that terrorism has no borders. We will remain committed to fighting against terrorism and radicalization, by all means, from the Security Council in the UN to the partnership with African Union. In Somalia, we will, together with our EU partners, continue our financial support to AMISOM, while pushing the necessary reforms by the Somali government.

Your Excellency, France and Kenya have a long history of friendship, sustained by mutual respect and concrete realizations. It is therefore my sincere hope that I shall succeed in my endeavors to promote further the relations that exist between our two countries. I have the honor to present to Your Excellency the letter of recall of my predecessor and my credentials by which his Excellency President Emmanuel Macron has appointed me to be the next ambassador extraordinary and plenipotentiary of the Republic of France to the Republic of Kenya.