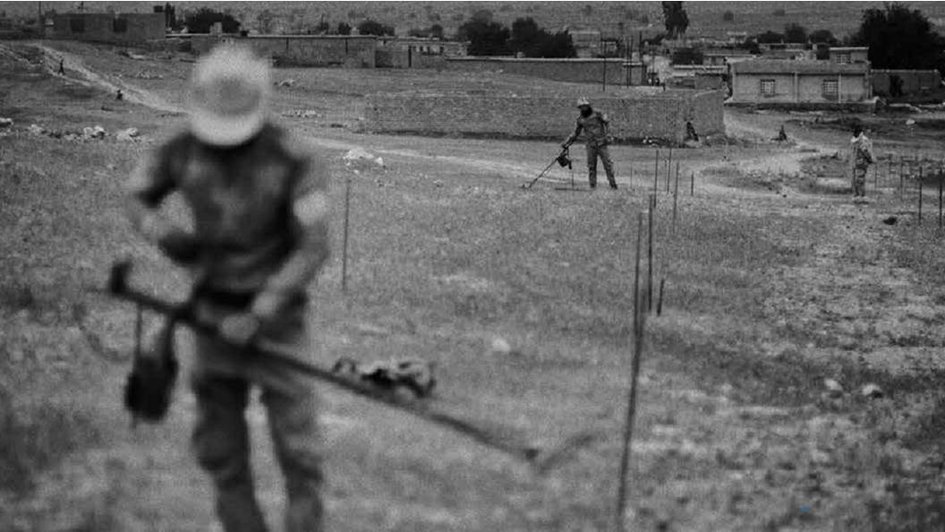 This was the goal set by the States parties to the Ottawa Convention in 2014 (the Convention was adopted in 1997, prohibiting anti-personnel mines, and supplemented by the Oslo Convention, adopted in 2008 and prohibiting cluster munitions). For more than 20 years, France has been firmly committed to the implementation and universalization of these Conventions.

In addition to its diplomatic action, France has taken action to reduce the number of victims and supports a number of countries through its expertise and its assistance and training activities, in their efforts towards being able to declare themselves “mine-free”.

Mines: a barrier to reconstruction

Through the threat they represent, mines and explosive remnants of war are a real barrier to the return of vulnerable displaced and refugee populations and to the stabilization and reconstruction of countries that have experienced a conflict. This is particularly clear in areas where the fight against Daesh has lasted several years.

Still today, Syria has more than 6 million internally displaced persons, while Iraq has more than 2.5 million. Other countries are also concerned by the issue of mines, including Colombia, Libya, Lebanon, Palestine and several African countries (Benin, Senegal, Mauritania, Guinea.

A major issue for France

France carries out many outreach and humanitarian mine clearance activities in order to enable the most vulnerable displaced and refugee populations to return home. In 2017, the work of the Stabilization Department of the Ministry’s Crisis and Support Centre (CDCS), in partnership with NGOs and international organizations specialized in humanitarian mine clearance, enabled for example the destruction of more than 1000 mines and explosive remnants of war, and hundreds of families in Iraq and Syria to return to their villages.

Thanks to its internationally renowned expertise, the Crisis and Support Centre and the Security and Defence Cooperation Directorate (DCSD) also offer training and contribute to strengthening national and regional coordination bodies for the fight against mines. These efforts include active support to the regional expertise and training centres in Lebanon and Benin and the provision of cooperation officers and experienced experts (civil security, armed forces, etc.).