Creation of a first certification in Swahili: Promoting the recognition of Swahili as a continental and world language [fr]

Since January, Swahili has become a new optional subject in South African schools. The growing interest in learning Swahili around the world is an indicator of its growing international importance. However, to date, there is no international online testing organization for Swahili as there is for international languages such as English, French, Arabic, Mandarin, etc.

In this context, and in line with the objectives of promoting multilingualism developed by President Macron in his speech of 20 March 2018 "An Ambition for the French Language and Plurilingualism", as well as the cultural diplomacy strategy developed by the Kenyan Ministry of Foreign Affairs on these issues, the linguistic department of the French Embassy joined forces in 2019 with the educational services of the National Museum of Kenya to offer support the creation of a Swahili language certification. The role of the National Museum of Kenya is to collect, preserve, study, document and present Kenya’s past and present cultural and natural heritage. The Director of the NMK recently benefited from a tour of several French museums. The question of the Swahili language, linguistic heritage, is a prerogative of the NMK. NMK’s pedagogical managers quickly seized this opportunity and took ownership of the ambitious project of creating a certification, an instrument for promoting the language and a potential source of income. 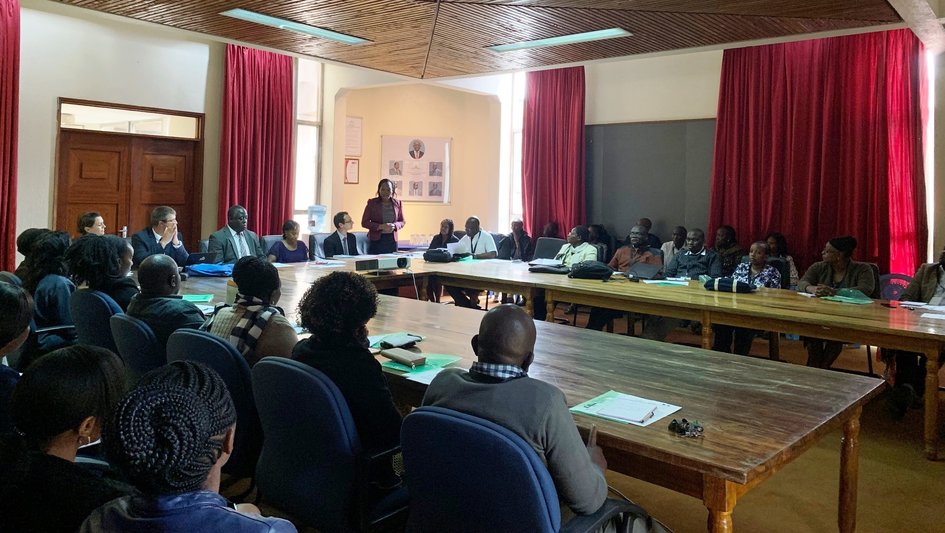 The NMK set up a committee for the Swahili language and the mission of an expert from France Education International, Mr. Sébastien Georges, head of the Quality & Expertise Unit, and of the Evaluation & Certification Department of France Education Internation (operator of the French Ministry of National Education and Youth) was made possible. The seminar was held from 23 to 27 September 2019 for the staff of the National Museums of Kenya from three directorates bringing together the Science and Arts Departments. A total of thirty-two (32) staff from the Directorate of Antiquities, Sites and Monuments (DASM) and the Directorate of National Repositories and Research (DNRR) attended. The seminar was officially opened on Monday morning by Mr. Stanvolous Ongalo, Director of Administration and Human Resources (DASM) of the NMK, Purity Kiura, Director of National Repository and Research, Mary Gikungu and Wanja Head coordinator of the committee. The Embassy of France was represented by Mr. Cyril Gerardon, COCAC and Ms. Julie Briand Attachée de coopération pour le français and Mélanie Vial; educational and linguistic officer. 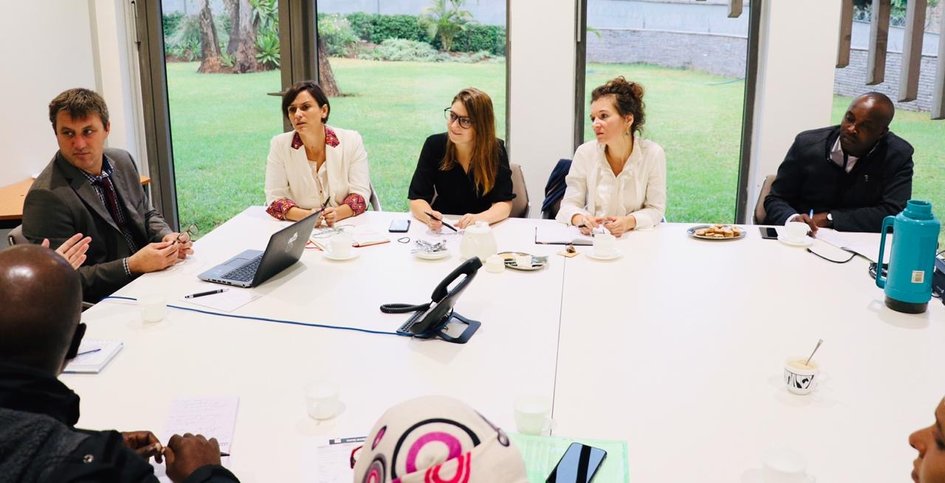 Before the closing of the training, a working meeting was held on 27 September at the Embassy between a group from the National Museums of Kenya Heritage Training Institute (NMK-HTI) headed by Mr Khalid Kitito, Chief Coordinator, accompanied by Ms Saadu Rashid, Ms Munira Mohamed and Mr Francis Salonik and the SCAC with Mr Cyril Gerardon, COCAC, Ms Julie Briand, French Cooperation Attaché, Ms Mélanie Vial, Education Officer and Ms Maëline Le Lay, Literature Researcher at the French Institute for Research in Africa (IFRA) and CNRS. Mr Georges was able to outline possible prospects for the development of a Swahili certification.