The French government created the Social Fund for Development (SFD) in 1993 in order to provide financial support to local communities in their development initiatives, and was first implemented in Kenya in 2001. As a tool designed for the civil society, the SFD meets two goals: to contribute to poverty alleviation efforts, as well as to give the beneficiaries a chance to be directly involved in the development process.

Since 2001, the SFD has mobilized some 3,2 million Euros and 119 projects were supported in various sectors following the main lines of action of the Embassy : women’s rights, education, improvement of the living conditions in informal settlements, food security, IDPs livelihood, anti-FGM initiatives, uplifting of living conditions of people and children with disabilities, etc.

Although most of the projects were implemented in the counties of Nakuru, Uasin Gishu, Kisumu, Mombasa and Nairobi, other regions were also represented, such as Lamu and Kakamega counties.

To date, 6 envelopes have been implemented in Kenya :

Innovative Projects for Civil Society and Coalition of Actors - PISCCA

The PISCCA fund aims at contributing to poverty alleviation efforts by supporting capacity building projects. Like the former Social Fund for Development that was implemented from 2001 to 2017, it seeks to meet the direct needs of communities, as well as to give the beneficiaries a chance to be directly involved in the development process.

The first PISCCA envelope (2017-2018, €240,000), entitled “Resilience of vulnerable populations in a fragile socio-economic and environmental context”, give the priority to the following thematic areas : climate change mitigation/adaptation, food security, waste management, socio-economic integration of single mothers, support to people with disabilities and their families, children’s rights and integration of refugees. 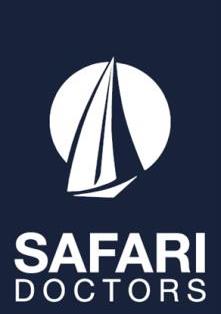 In Lamu, young men are caught in a throughway that straddles drugs, poverty, promiscuity and radicalization. In the absence of a rite of passage for its youth, the Lamu community has an increasing number of young men moving into adulthood with minimal foresight. A lack of strategy currently leaves young men, the cornerstones of Lamu’s community, susceptible to dangerous sexual health choices, substance abuse, school drop-out, and radicalization. Safari Doctors’ intervention seeks to statistically map out youth profiles in Lamu East in order to extrapolate health practices and offer a support system through peer-to-peer mentorship. The one-year project, which started in Septenber 2017, targets young men aged 25 and below located on Pate Island. 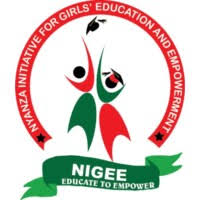 Sauti ya Wasichana (Voices of the Girls)

The former Nyanza province is among the hotspot areas in Kenya where girls don’t get quality services in education, social services and reproductive health due to gender inequality and social injustice. One of the most alarming trends is the increasing rates of reported numbers of girls exposed to child marriages, teen pregnancies and Female Genital Mutilation (FGM). The counties of Kuria East and West, in particular, remain areas which still fervently practice the latter.

This project, launched in September 2017, is a 12 month innovative campaign/awareness creation led by girls, to influence changes in social norms and cultural attitudes towards girls in Kuria by targeting school children between the ages of 9 to 21 years, survivors of FGM and community elders, to open dialogue on the negative impacts of such practices and the importance of education of the girl child for the community as a whole. 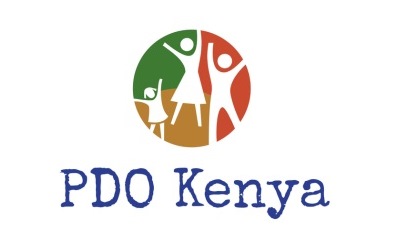 Most prisoners face obstacles in re-integration and securing gainful employment. However, women are more seriously affected. Women prisoners have limited workplace experience, low educational attainment, and are more likely to be responsible for dependent children than women in the general population. PDO has been running a psychosocial support project at Nakuru women prison since January 2017. After working with inmates on their psychological rehabilitation, those who get released have struggled with re-entry back into society, greatly jeopardizing the gains made during their rehabilitation in prison.

Rehabilitation efforts shouldn’t end at the prison gate but should be extended to the re-entry process. This 10-month project, started in September 2017, proposes to promote positive behavioral change, and addresses social disadvantage both while in prison and after release.

Lomolo village is located in Nakuru County with a population of 900 households; this gives an approximate population of 4,500 people. These are the former Internally Displaced Persons (IDP) from Mau forest. The area is classified under Arid and Semi-Arid (ASAL) zone and the community members, who settled in the area with no experience on such harsh climatic conditions, lack appropriate agricultural production technologies which are efficient and resilient enough to ensure a satisfactory level of food security. This one-year project, started in October 2017, therefore contributes to promote conservation agriculture technologies that will improve water resource to support agricultural productivity and enhance community livelihoods while conserving the fragile ecosystem of Lomolo. 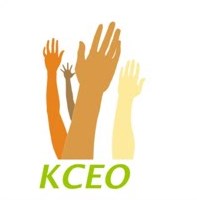 Kibera is known as the largest slum in Kenya and faces a wide range of issues such as food insecurity. The organisation’s main objective is to create a sustainable social development platform to children, youths and young mothers in Kibera slums for enhanced social and economic growth and self-reliance. Through the Kibera Food Security Initiative 10-month project launched in October 2017, KCEO focuses on addressing the issue of nutrition and food security in Kibera slum, by developing urban farming.