Home > French - Kenyan relationship > Linguistic Cooperation > La Francophonie, one of a kind experience for the young ones

La Francophonie, one-of-a-kind experience for the young ones [fr]

At the two-giraffes academy, the pupils enjoy a great opportunity to show that very young children know, in their own way, how to celebrate the French language. The celebration is done through a presentation the children work hard on to impress their public. 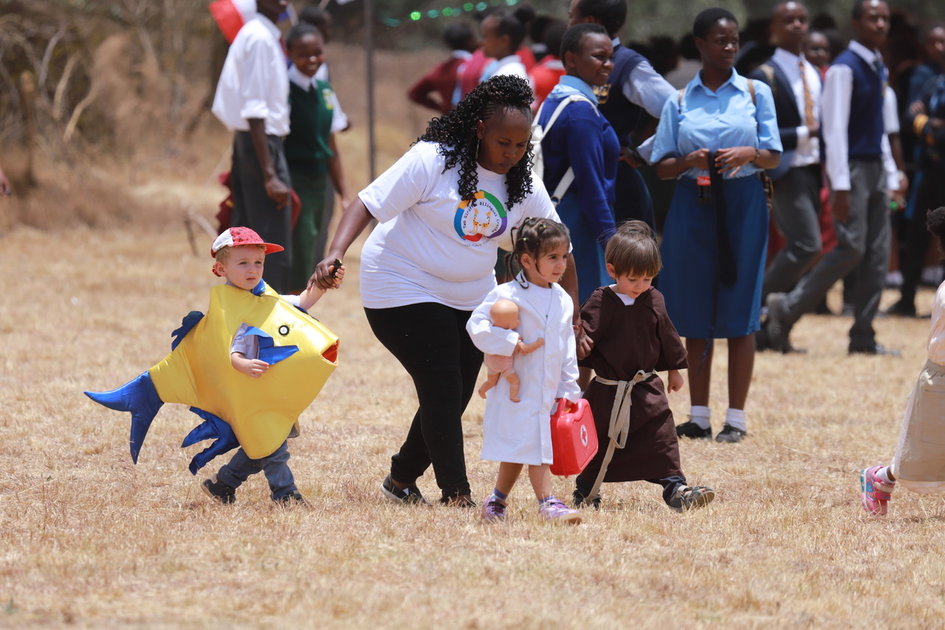 It is then a great challenge to perform on stage for the first time in front of a big crowd. Aged 14 months to 4 years, the 19 children of the Two Giraffes Bilingual Crèche, spent many hours of concentration and work to make such an impressive performance on the Francophonie day. This would be impossible not counting on the entire teaching team who has invested themselves deeply in this project that was dear to Anne Bourleyre, the director of this small school that offers quality early childhood education. Several weeks of preparation were necessary for the creation of the costumes, the realisation of the background, the learning of the songs, the choreography and the rehearsals with the children, to finally reach the long-awaited performance. 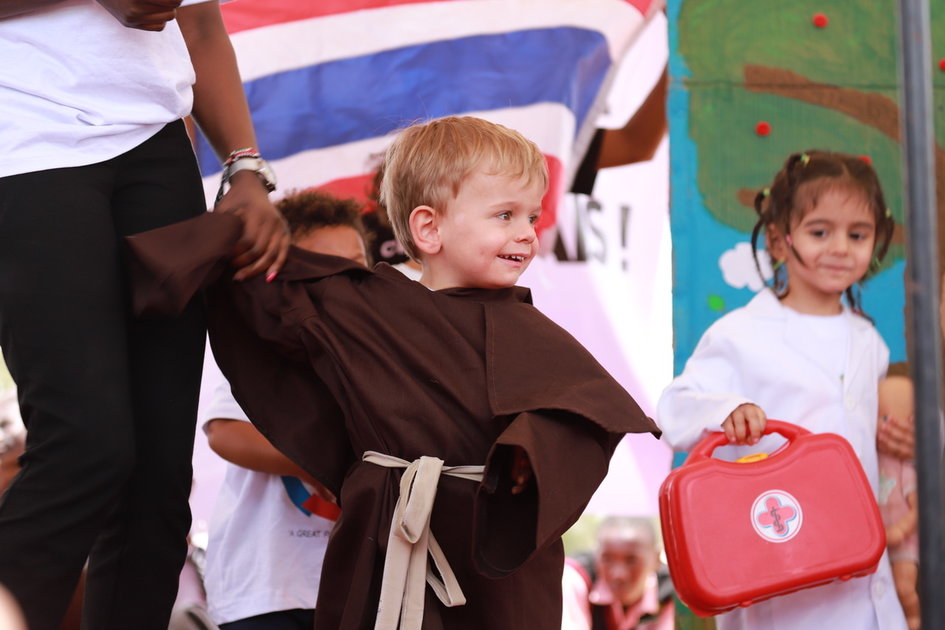 It was a magnificent presentation in the middle of all these people gathered around the stage to closely see these little ones. 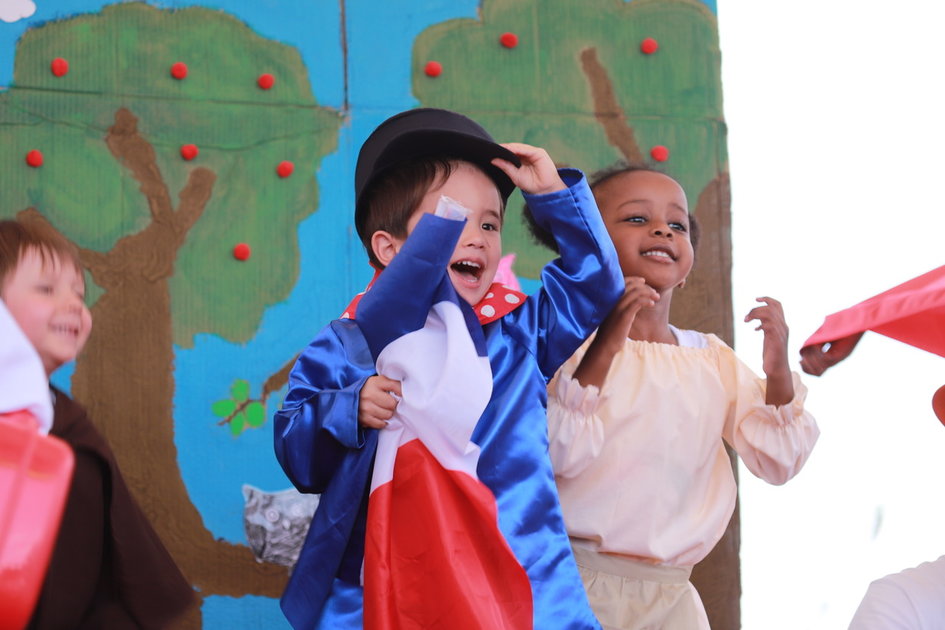 They started timidly with the song Jambo Bwana followed by several French nursery rhymes such as Meunier tu dors, Frère Jacques ... and while the older children sang, accompanied on the guitar with their educator, Julien, the younger children mimed. It will remain a beautiful shared memory for these children, their parents and all the people present that day; but also a success for the director of this school who has been able to impart to these children the values of La Francophonie. 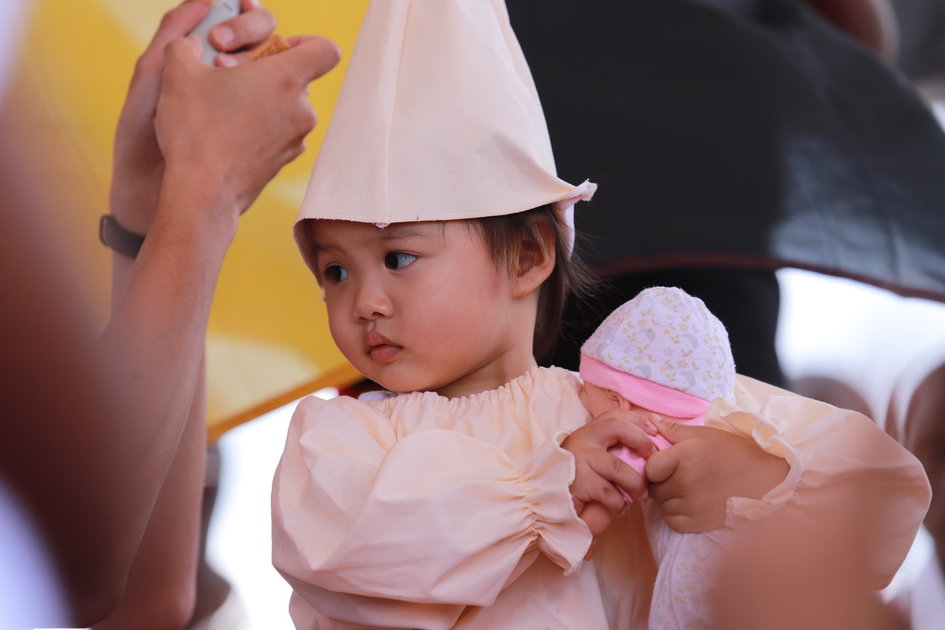