The French delegation, composed of H.E. Ambassador Arnaud Suquet, the Defence Attaché - Lieutenant-Colonel Brisset, the assistant to the Defence Attaché - Chief Warrant Officer Papillaud, Lieutenant-Colonel Serrières - cooperating at the IPSTC, 4 student-officers from the Ecole Spéciale Militaire de Saint-Cyr, as well as the Mission de Défense trainee, were present to lay a wreath, as is the tradition, on the memorial. 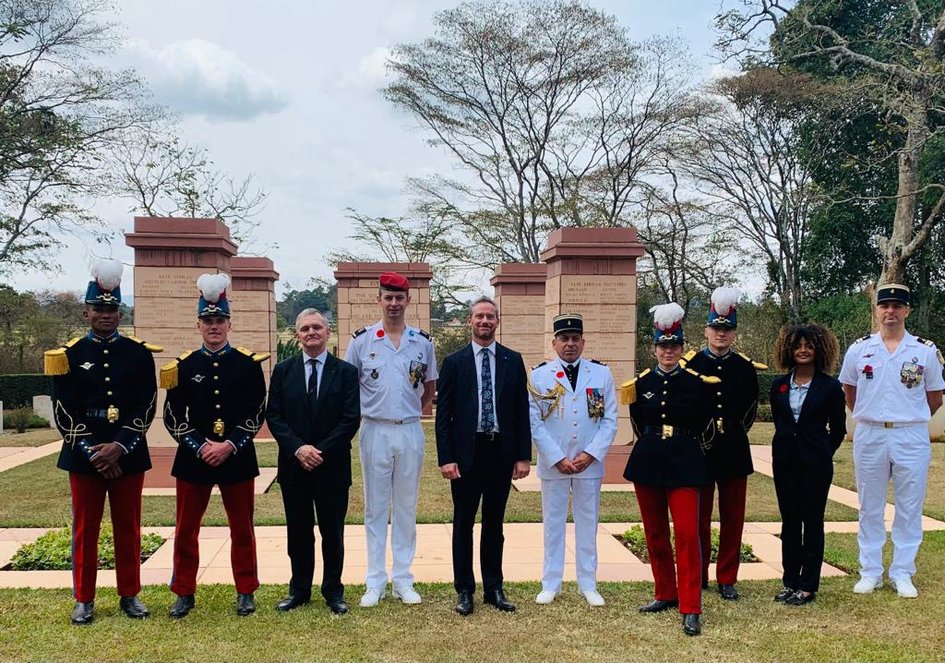 Indeed, after the reading of poems and prayers, to the rhythm of the KDF band, two minutes of silence were held in tribute to all the soldiers who died at the front. Then, each delegation went to the memorial to lay a wreath. Teachers, pupils and parents of pupils from the primary school of the French Lycée were also present. 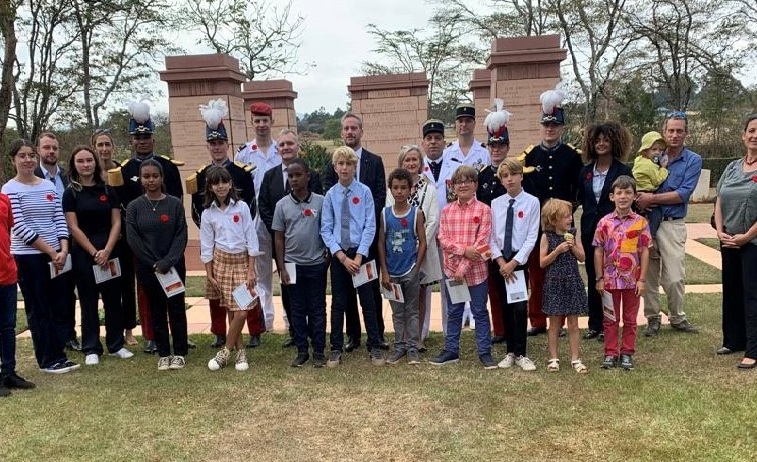 Afterwards, and in the margins of the ceremony, the French delegation went to the grave of a French soldier who died in Kenya to lay another wreath and sing the Marseillaise. 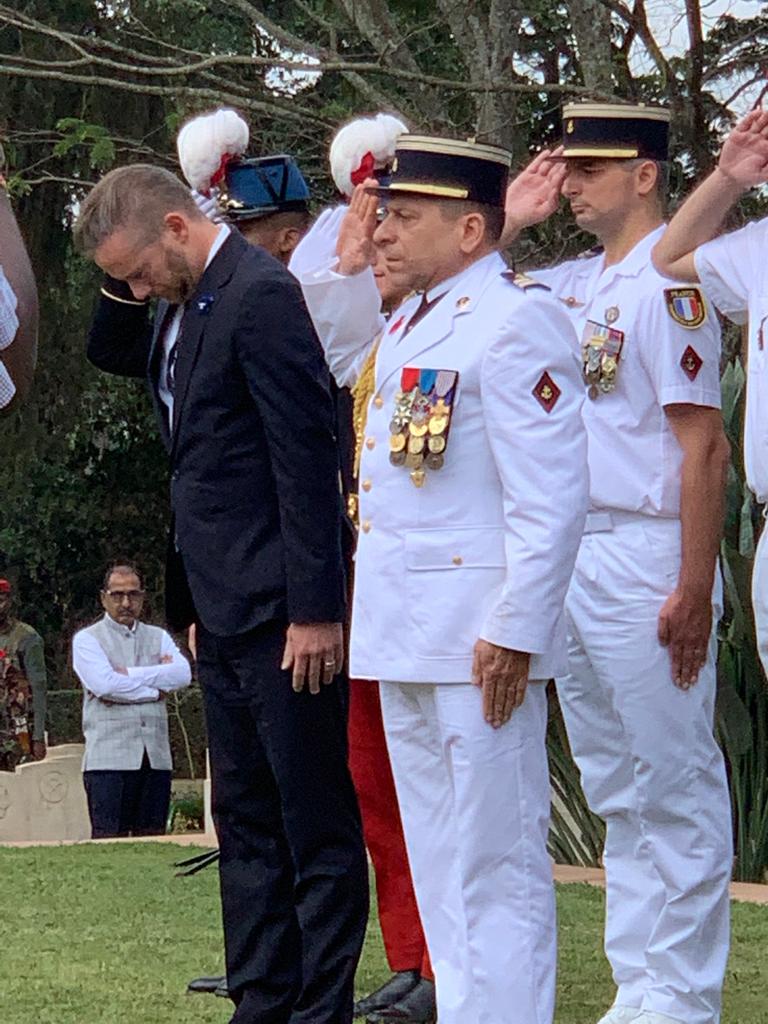 Remembrance Sunday is a British day to commemorate the contribution of the military, British and Commonwealth servicemen and women to the two world wars and subsequent conflicts. 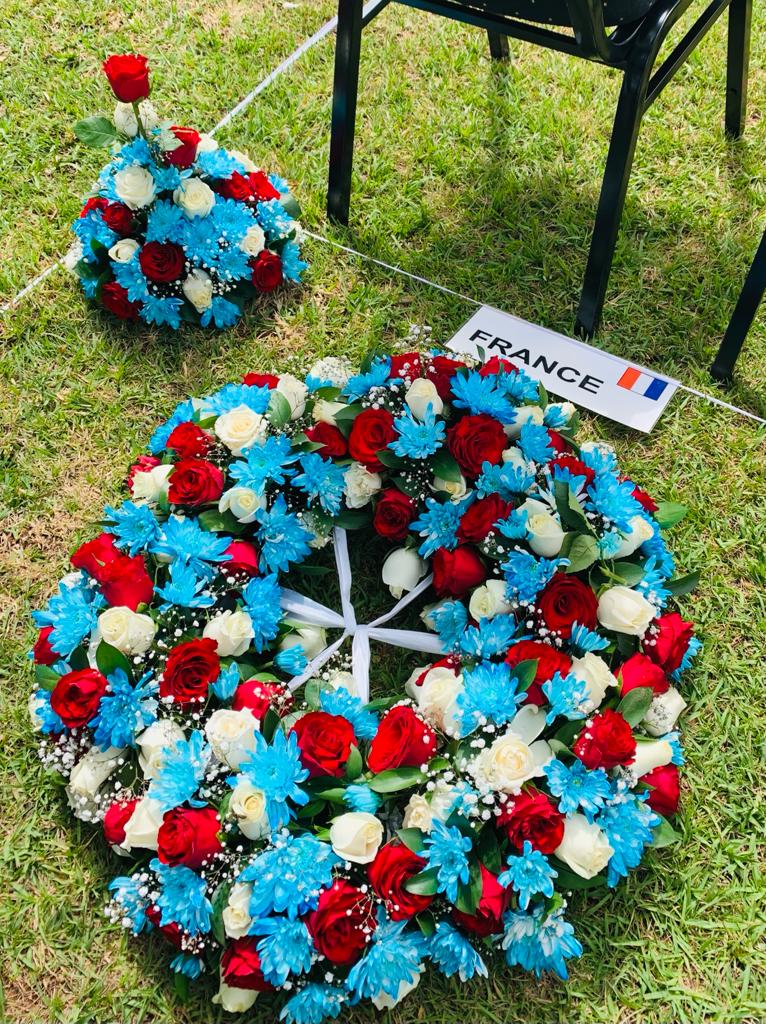