Every year, more than 33 million people gather for Francophonie Month, an initiative created by the International Organization of the Francophonie to promote the French language in a context of cultural diversity. This year, we are celebrating the fiftieth anniversary of the diversity of the French-speaking world around the theme "Urban changes and sustainable cities: being together in the world". Many events are organized in Kenya in March to celebrate the Francophonie and the week of press and media at school. Film screenings, comedy shows, conferences, exhibitions, literary, scientific and sports meetings, coordinated by the Embassy of France in Kenya in collaboration with the embassies of Tunisia, Switzerland, Belgium, Burkina Faso, as well as the Lycée Français, the Alliances Françaises and francophone organizations of Kenyan civil society. The Francophonie is nearly 275 million women and men who share a common language spread over the 5 continents. The French language, which is learned by tens of thousands of Kenyans, also shares responsibility for its evolution and dissemination in a context of growing linguistic diversity. It is a bearer of values, an opening to the world, the defense of education and training for all, of sustainable development, and of gender equality. 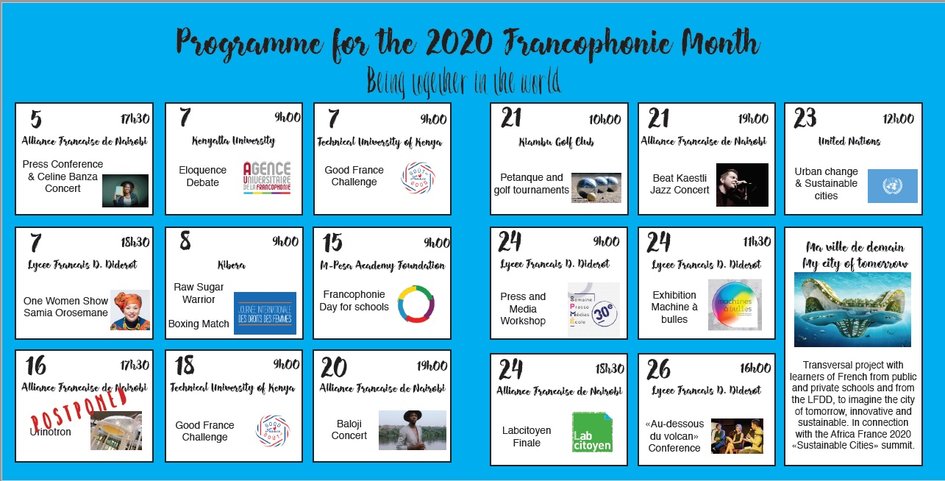