President Kenyatta’s 3-day official visit to France, was a major step forward in the French-Kenyan bilateral relations. For his first travel abroad since the outbreak of Covid-19, the Kenyan head of state came with a delegation of the country’s Cabinet Secretaries: Raychelle Omamo (Foreign Affairs), Ukur Yatani (CS Treasury), Betty Maina (Industry, Trade and Entrepreneurial Development) and James Macharia (Transports, Development and Infrastructures). The day of his arrival, H.E Uhuru Kenyatta was received for an official dinner at the Elysee Palace with his counterpart Emmanuel Macron, to discuss, among others, security matters as Kenya will be a non-permanent member of the UN Security Council in 2021-2022.

The delegation took part to the signing of three breakthrough agreements for infrastructures: two financial protocols, signed by CS Treasury Ukur Yattani and his French counterpart Bruno Le Maire, and a PPP agreement for a highway project: 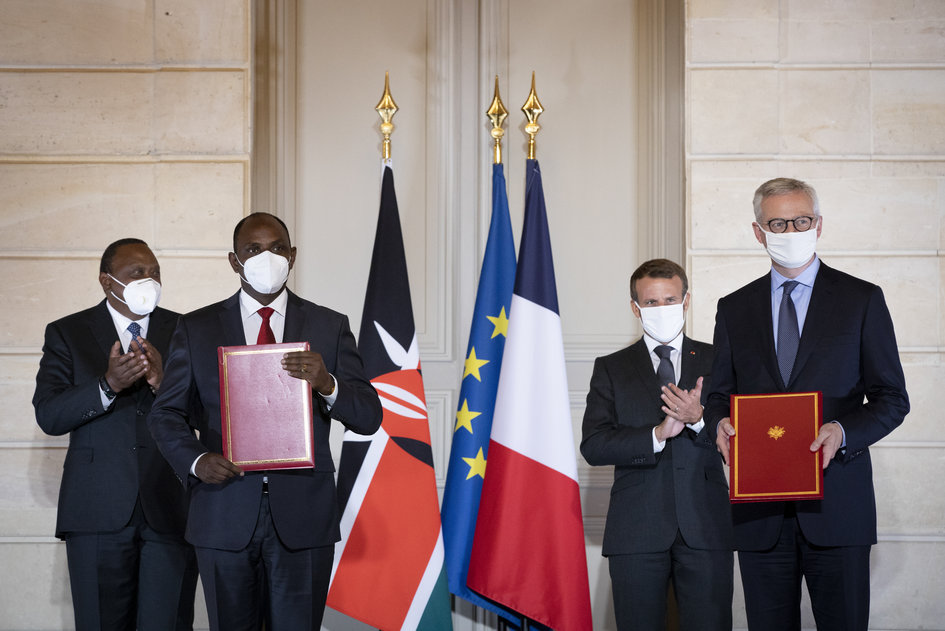 The signing of a construction agreement for the commuter rail line 4 between Jomo Kenyatta International Airport (JKIA) and Nairobi CBD, expected to ship 500,000 passengers every day, with a € 62,5 million loan from the French Treasury. The line will be built by a consortium of French companies – Sogea-Satom (groupe Vinci construction), Thalès and Egis – and is expected to decongest Nairobi’s traffic and reduce the commuters’ environmental footprint.

The signing of a €62.5 million loan to fund the construction with General Electric France of a 32 km-long 400KV electricity line connecting Menengai geothermal plant to the national grid. The project includes the building of substations and related infrastructures and aims to support Kenya’s policy of diversification of its energy mix.

The signing between Kenya National Highways Authority and French firms Vinci Concessions, Meridiam and Sogea Satom of a €1.3 billion Public-Private Partnership for a 180 km Nairobi-Nakuru-Mau Summit highway. This agreement, the biggest of this size in East Africa, will help reduce road fatalities on a key corridor connecting Uganda and densely populated Western Kenya to Nairobi and Mombasa. All these projects have been initiated during President Macron’s visit to Kenya in March 2019. 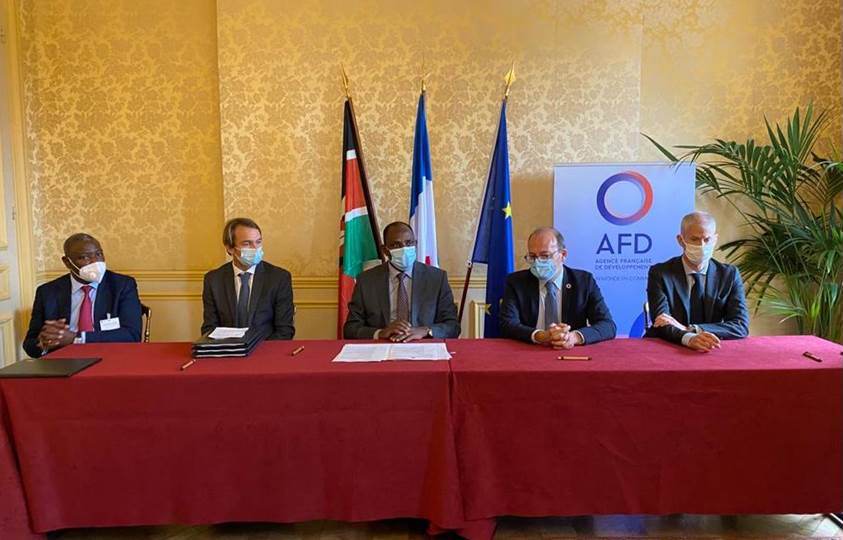 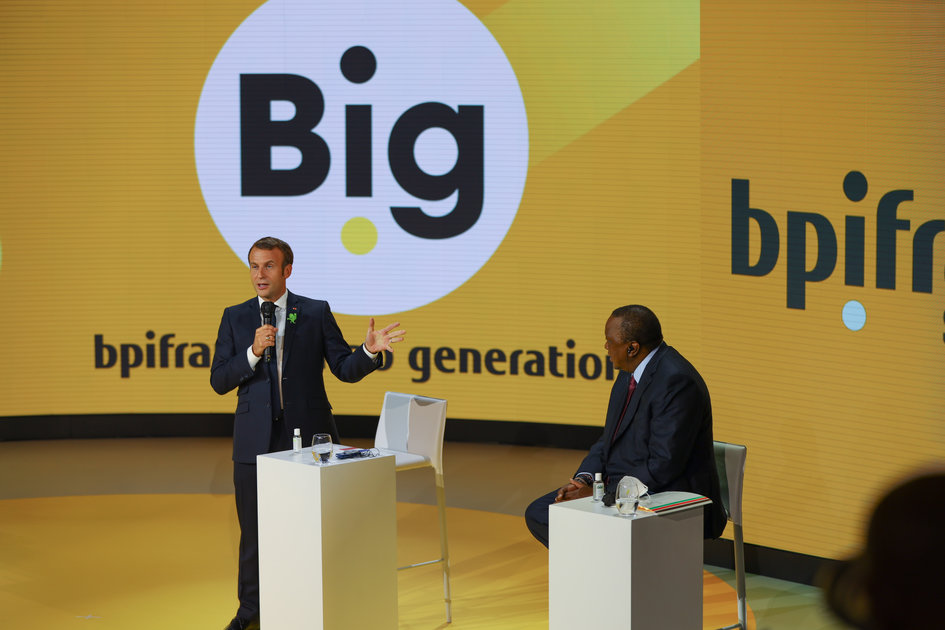 Alongside Mr. Macron, Mr. Kenyatta also attended on October 1st the French Public Investment Bank’s annual Big Forum as a guest of honour. Both heads of State emphasized the opportunities for a closer cooperation between France and Kenya, in the fields of digital innovation, sustainable cities, blue economy, green energy, banking or infrastructures. 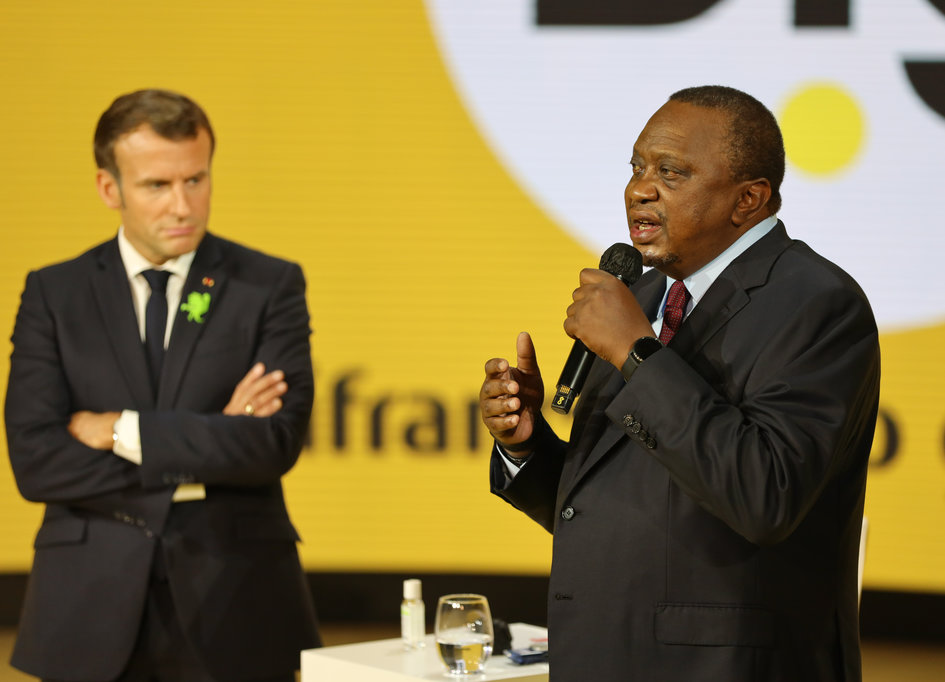 Mr. Kenyatta also met with French investors from the Mouvement des Entreprises de France (Medef), France’s main business union, and encouraged them to invest in Kenya. He also paid a visit to the world-leading innovation hub Station F, where he was introduced the Quartier Rive Gauche Parisian urban renewal project and met more French and Kenyan innovators. Kenya’s CS for Foreign Affairs Raychelle Omamo visited the Paris-Saclay University to discuss renewable energy matters and how to better link education with research and the private sector. 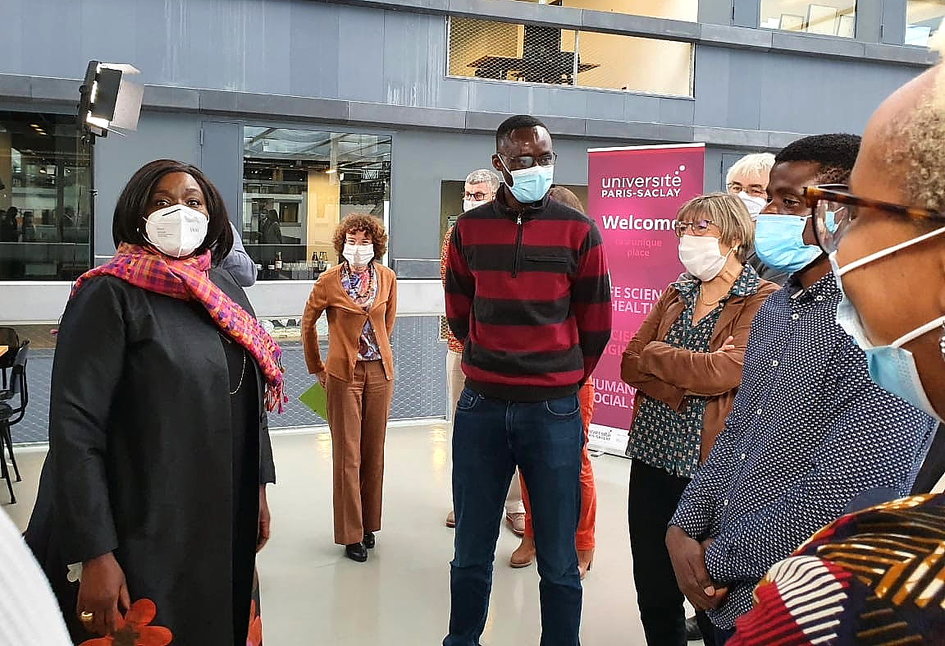