According to Article 12 (a) of the Regulation (EC) No. 810/2009, commonly known as “Visa Code”, the validity of a travel document shall extend at least three months after the intended date of departure from the territory of the Schengen Member States.

According to an official notification from the Kenyan authorities issued to all diplomatic missions, all Kenyan passports – except the new East African Community biometric e-Passport – will be rendered invalid from 1st of March 2020. The Schengen Member States therefore wish to inform the Kenyan public that from 1st of December 2019 ONLY the new East African Community biometric e-Passport can be accepted for Schengen visa applications. 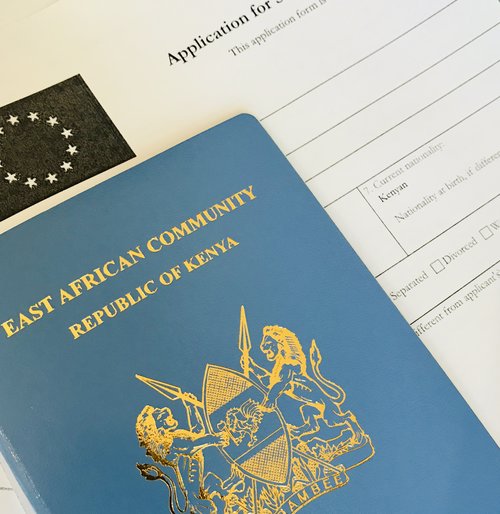