Home > Newsroom > News in Kenya > Awarding of French Diplomas at the Defence School of Higher (...)

As part of the project to teach French in a military environment, the Ambassador of France to Kenya, H.E. Mme. Aline Kuster-Menager visited the Langata Barracks camp on the outskirts of Nairobi on Monday 25 November, where the Defence School of Higher Education (DEFSHE) is located, to confer to the members of the disciplined forces DELF (Diplôme d’Etude en Langue Française) diplomas certifying their level of French. 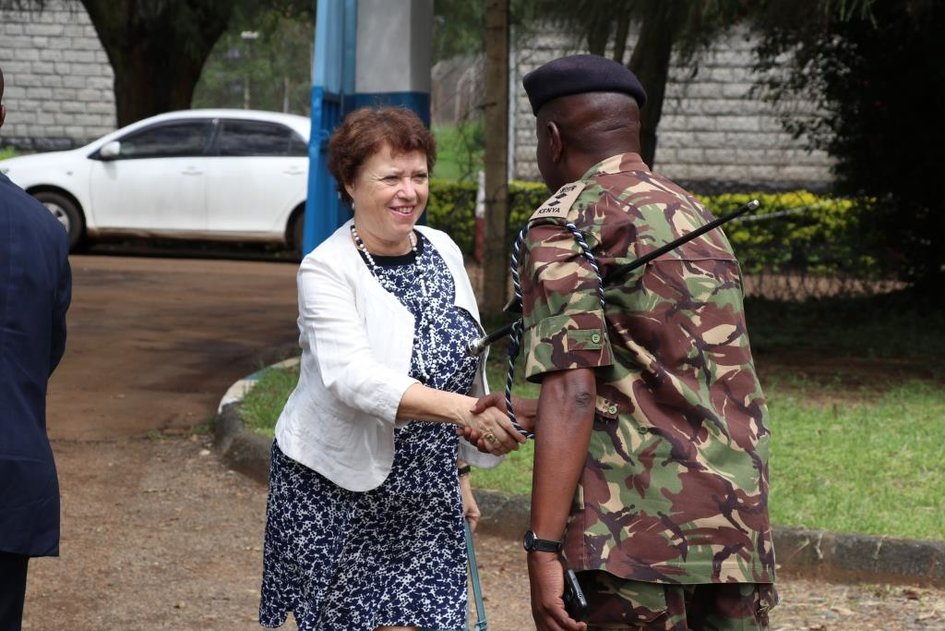 The DEFSHE is the training organization for executives and soldiers in the linguistic field. It is also responsible for training trainers in the military field. Only the French language is taught. Under DCSD funding, a teacher of French as a foreign language (FLE) has been teaching at DEFSHE since 1st September 2013, where 50 students are trained per school year (A1, A2, B1, B2). 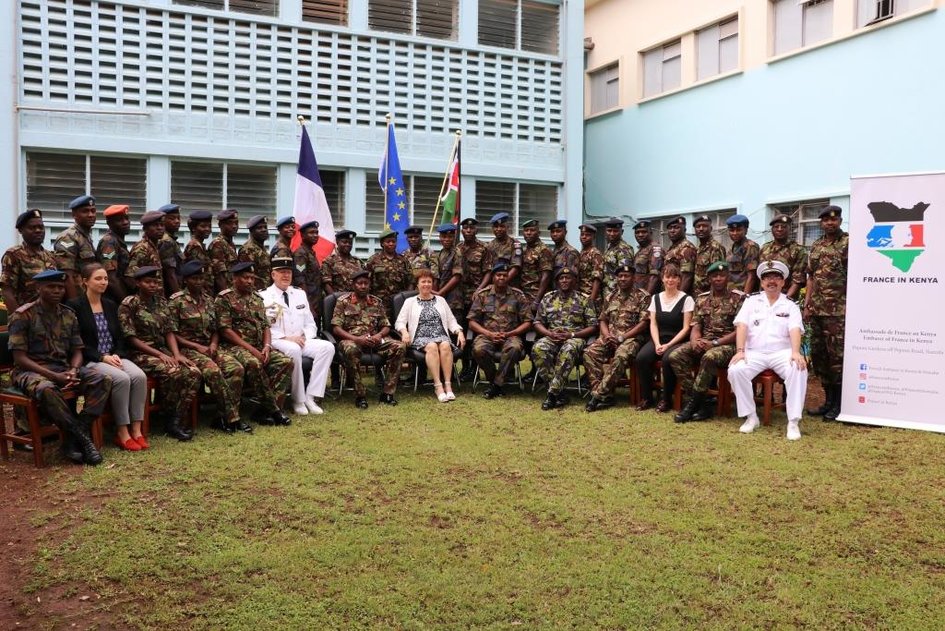 These students, who are members of the Kenyan forces, are destined to be projected into theatres of operations with their African counterparts from French-speaking countries engaged in Somalia or in operations under UN stamps, but also with French troops stationed in Djibouti or in operations on the African continent. 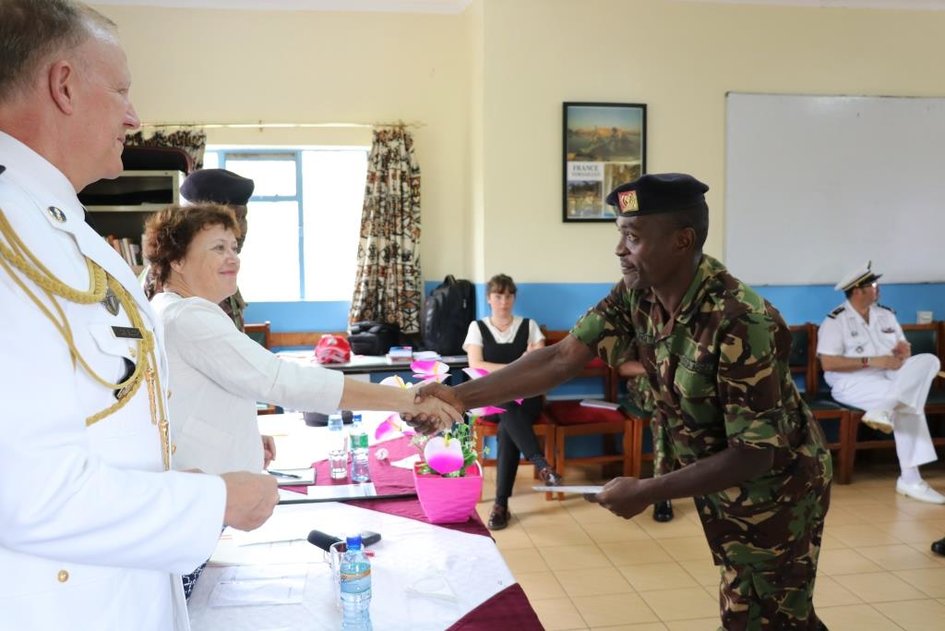 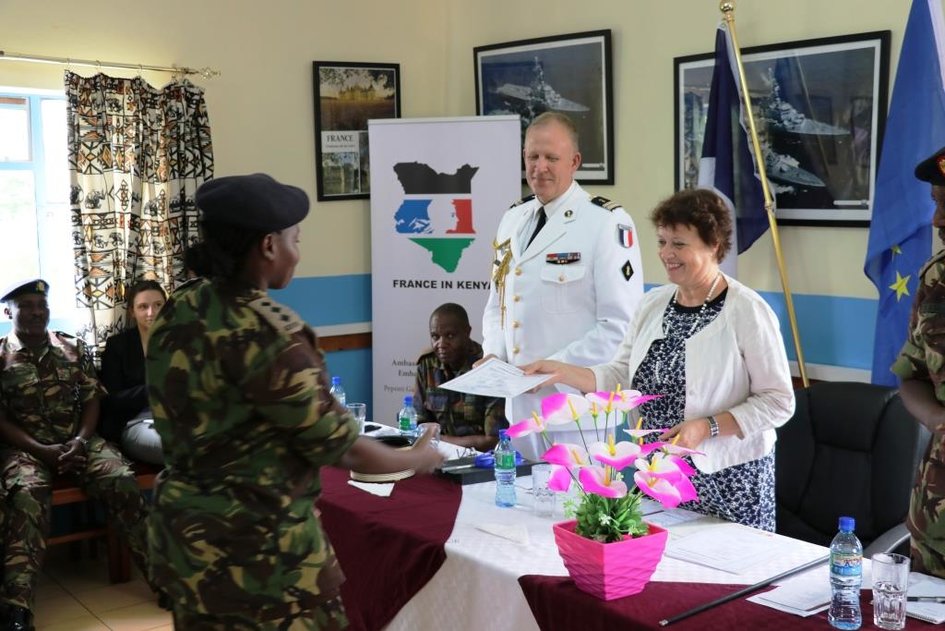 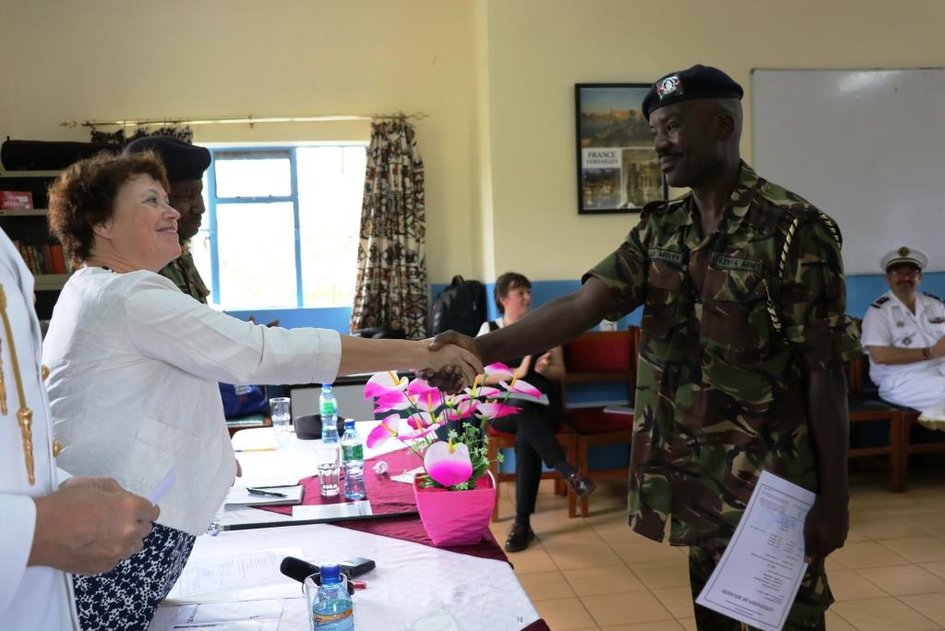 Accompanied by the Defence Attaché, Lieutenant Colonel Marc de Block, the Ambassador met with Colonel Kamanda, Director of DEFSHE. This meeting was an opportunity to reaffirm the mutual understanding between our two countries on this military cooperation partnership. 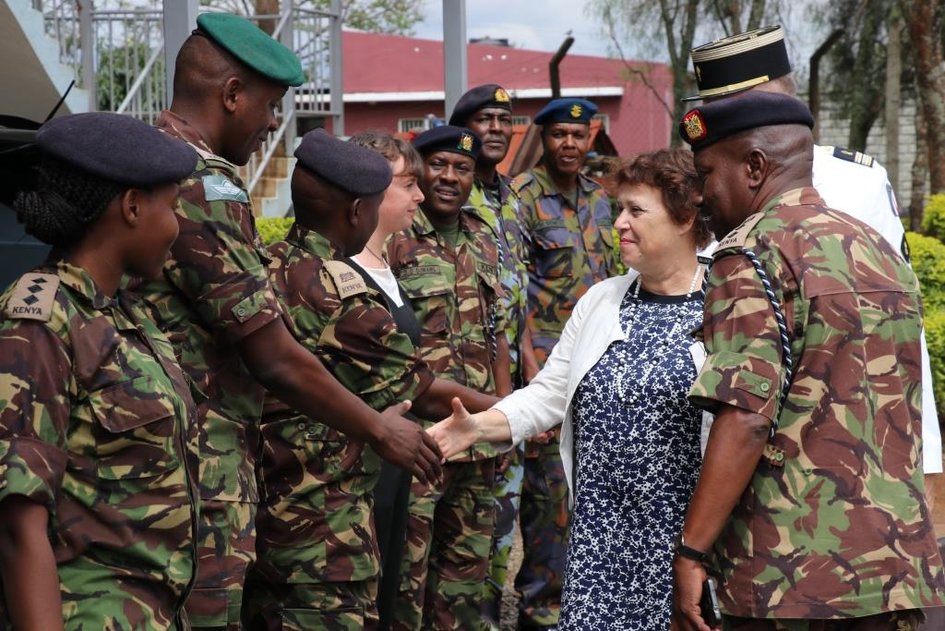 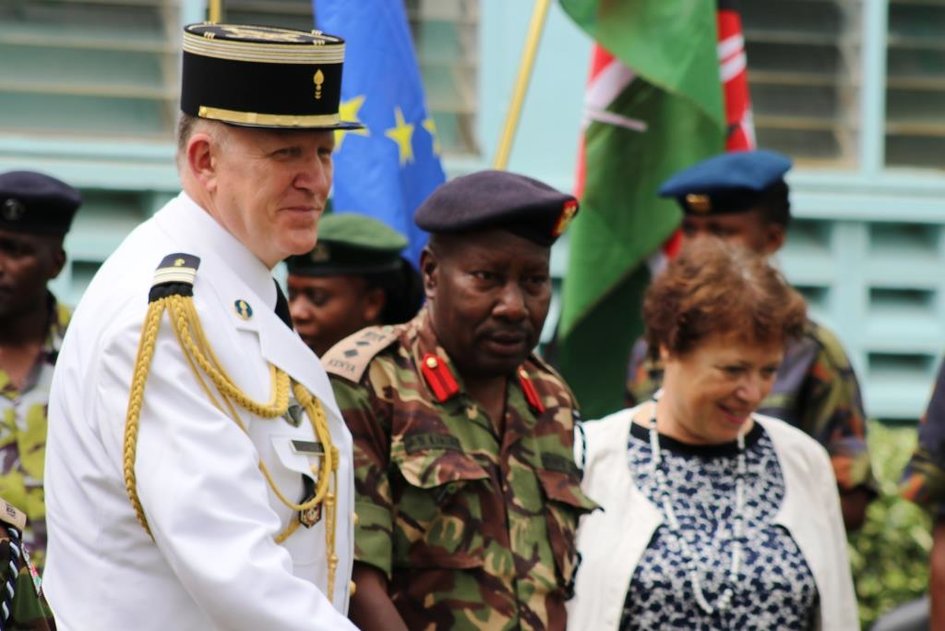 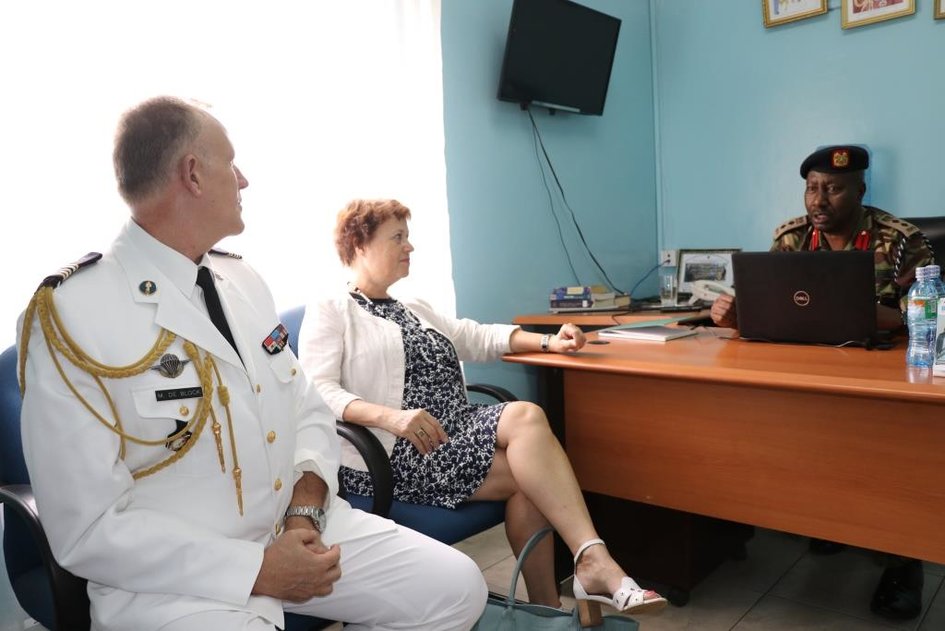 After graduation, the defence mission donated computer equipment to the school in order to improve the conditions for students to learn French. 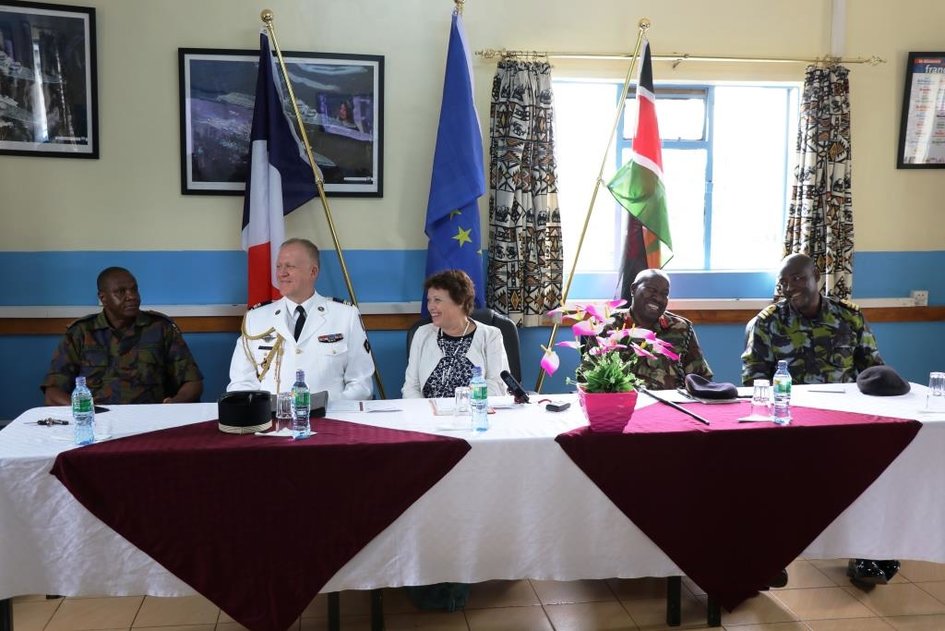 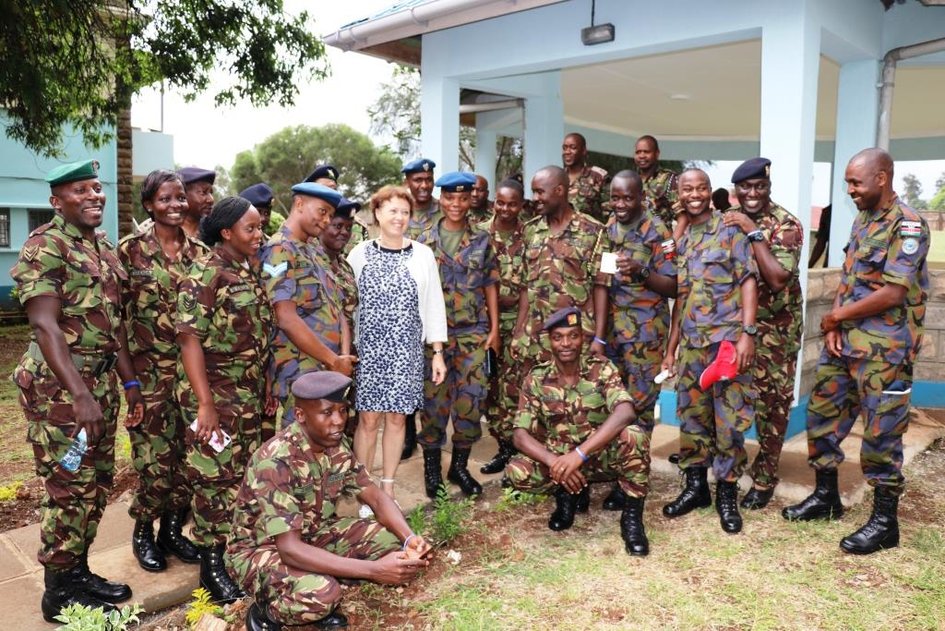 In addition to the teaching materials, more than 100 books were also donated to the school, so that students could learn about French literature. In this respect, the defence mission would like to thank very warmly the bookstore Le Failler de Rennes, Mrs Buanic, head of the documentation centre of the Saint-Cyr Coëtquidan Schools, as well as the generous donors for all these donations of books. 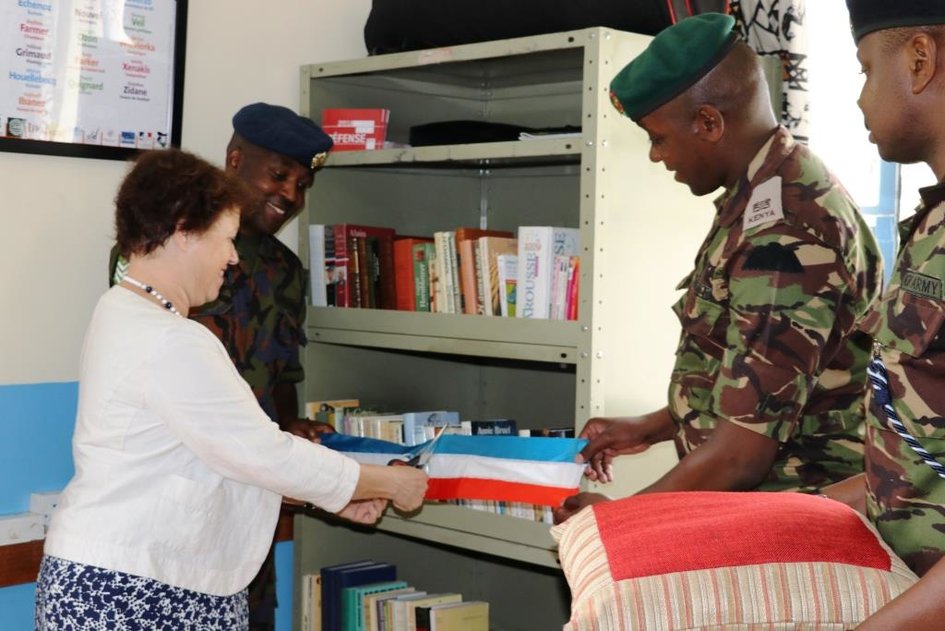 The partnership for teaching French to officers and non-commissioned officers of the Kenyan armed forces has trained approximately 300 students since 2014, from A1 to B2 level, with a success rate of 71% on official exams. 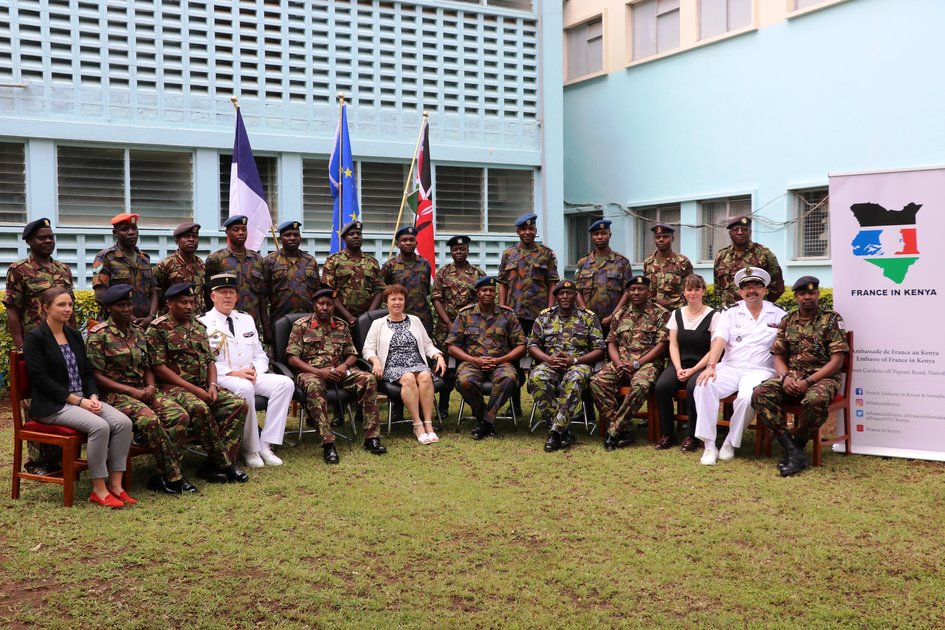