Launch of the "Welcome to France" campaign in Nairobi [fr]

Less than two months following its official Launch in Paris, the new national strategy of attractiveness « Welcome to France », promoted by Campus France, was officially presented on December 4th, 2019 in Nairobi.

The event, organized prior to the annual graduation ceremony for students of the Alliance Française de Nairobi, brought together more than 300 students at all levels of education, alumnis as well as academics.

During her welcoming speech, our Deputy Head of Mission, Mme Kim Ramoneda, underlined the objective of the French Embassy in Kenya to strengthen France’s position as a privileged study abroad destination for young Kenyans. The "Bienvenue en France" labeling system, dedicated to improving the quality standards for the reception of international students and researchers, was introduced. 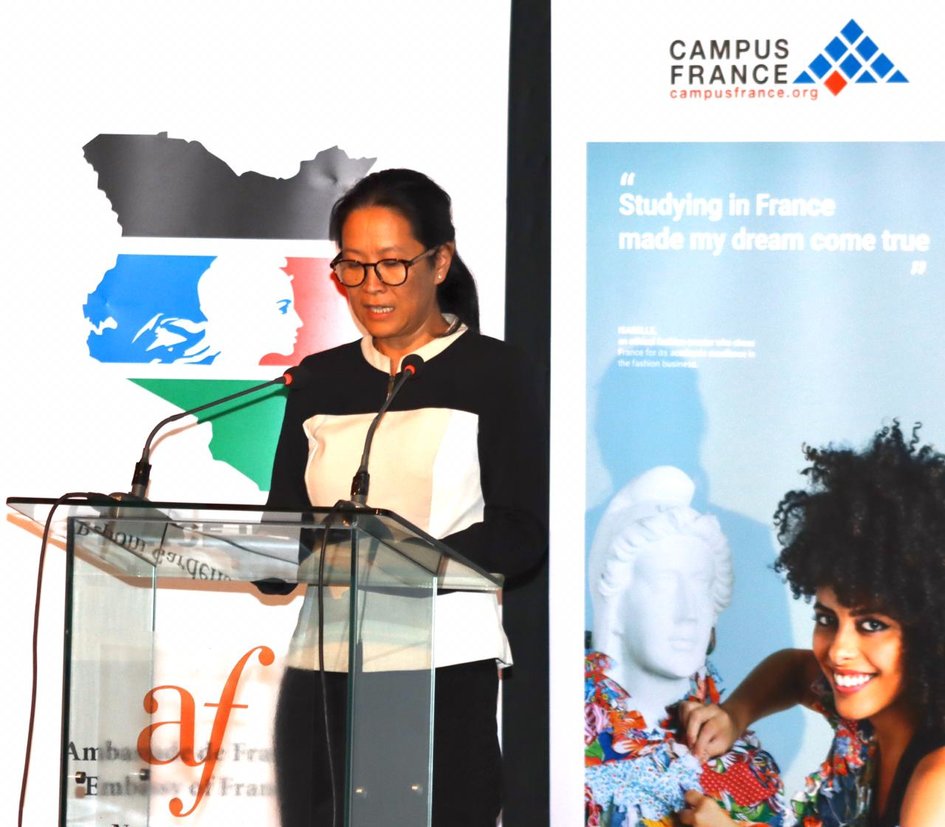 The sequence "How I realized my dream by studying in France" allowed three Kenyan alumni working in emblematic professional sectors to share their academic experience in France. Mrs Rose Soula, Chef and alumna of Ferrandi Paris, described the path that led her to work with Chef Joël Robuchon and then realize her dream of creating her own French gastronomy consulting company. 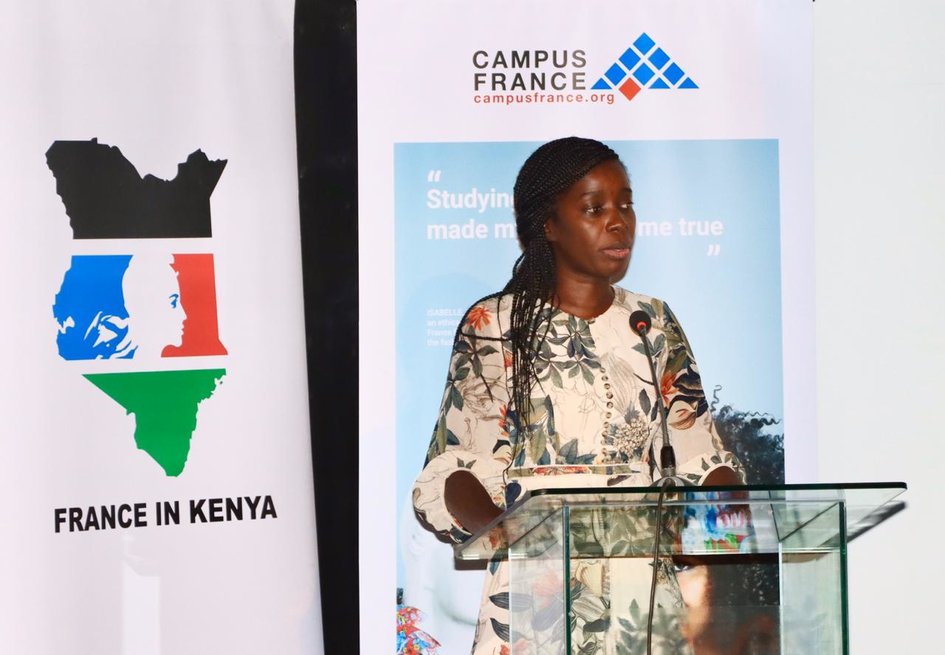 Another sequence, entitled "The building of successful partnership between French and Kenya Higher Education Institutions", provided an opportunity to present three existing partnerships between Kenyan and French higher education institutions to the students and academics. Professor Ndirangu Kioni, Vice Chancellor of the Dedan Kimathi University of Technology, highlighted the various steps that led to the signature, followed by the implementation of mobility within the framework of a double degree with the University of Burgundy Franche-Comté (International Master of Mechatronics - GREEM). 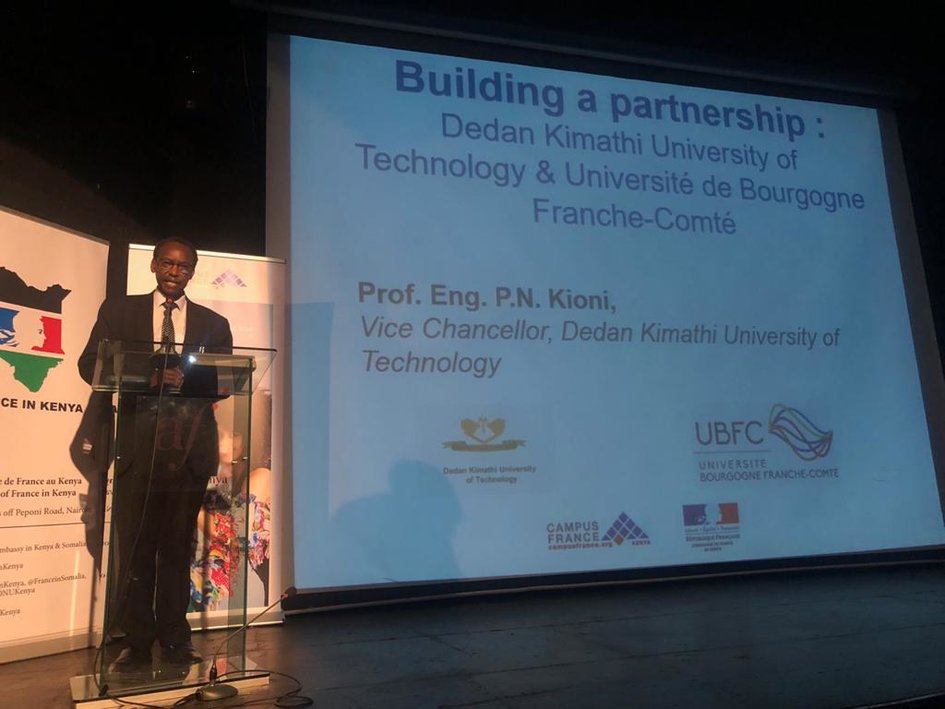 This event was an opportunity for participants to visit, using virtual reality devices, some of Paris’ historical monument throughout the evening, and to take part in the interactive online test "What student are you? ", allowing them to choose a tailor-made training in France. The evening ended with a concert by the Kenyan group "Le Band". 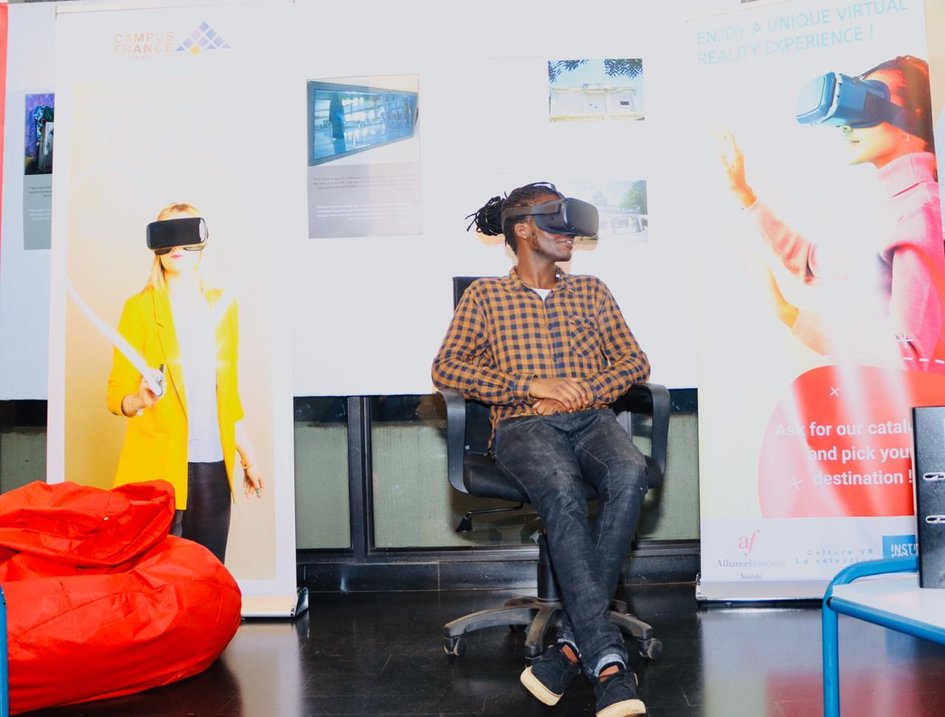 Furthermore, promoted via the media and social networks, the launch constituted a unique chance to communicate on the current admission procedure for Bachelor degrees in France, inviting Kenyan students to come and meet the Campus France Kenya team (Solveig, Halima and Dennis) in their office, located at the Alliance Française de Nairobi, in large numbers! 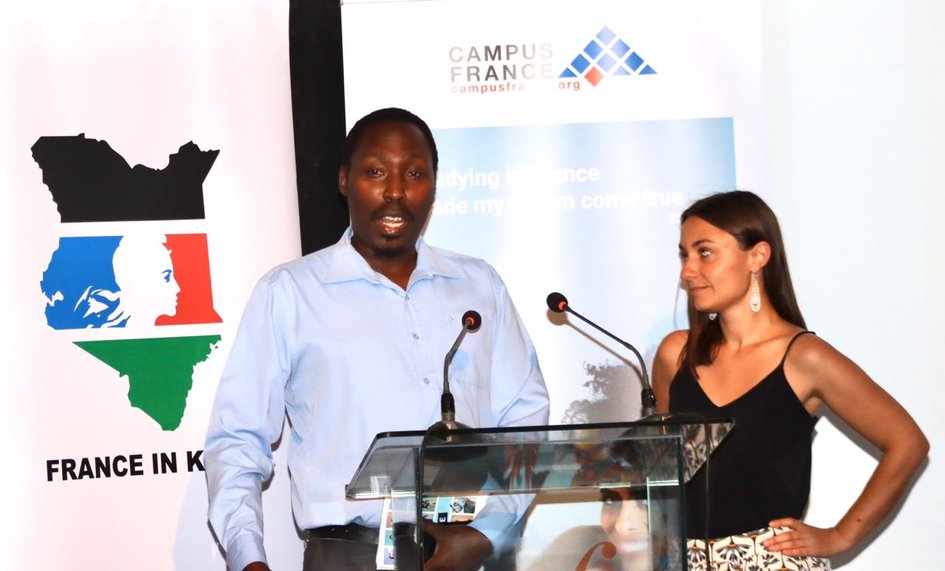