Home > Newsroom > News in Kenya > Courtesy call to the DEFSHE

Courtesy call to the DEFSHE [fr] 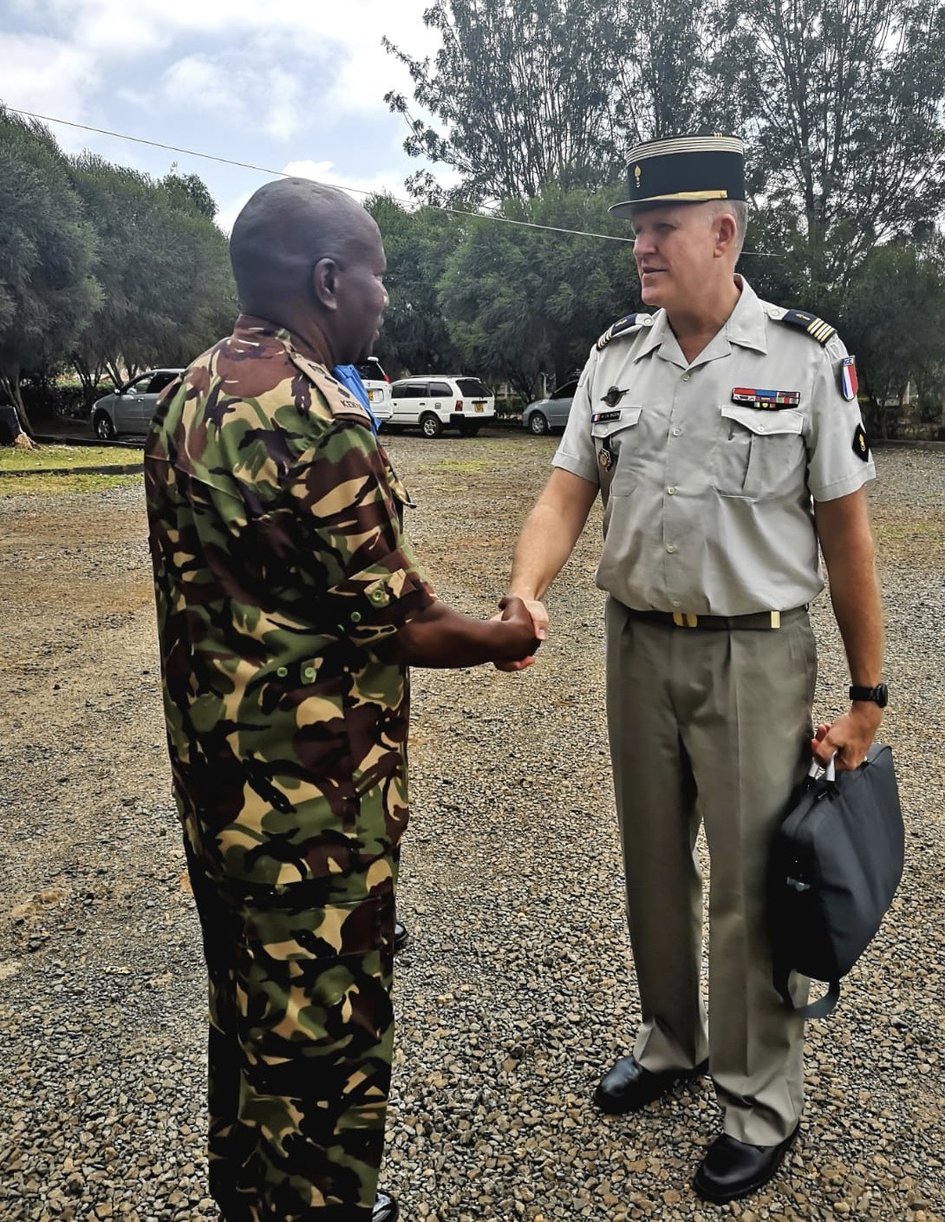 Accompanied by Lieutenant-Colonel MOLLE, a seconded cooperant on secondment to the staff of the International Peace Support Training Centre (IPSTC), he introduced Ms. Adèle GUILLAUME, the new French as a Foreign Language teacher for the 2019/2020 school year. 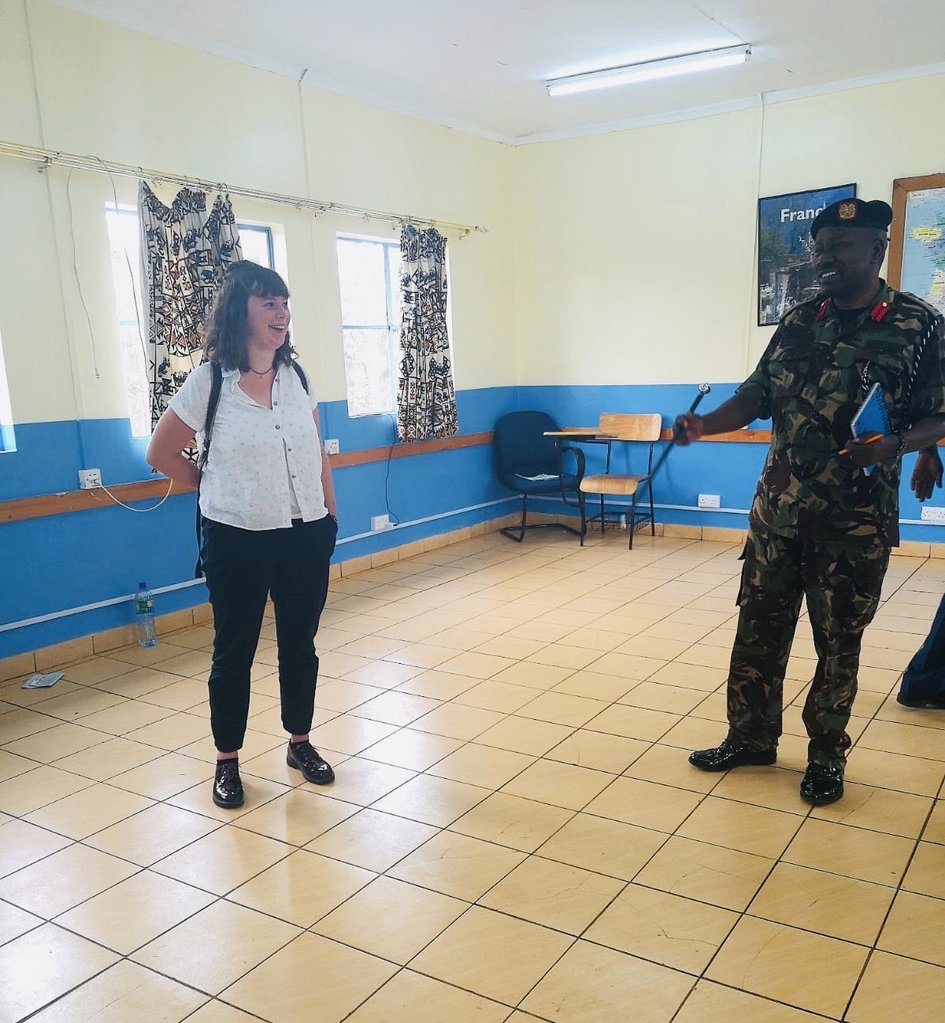 Colonel KAMANDA, Director of DEFSHE, welcomed the sustainability and effectiveness of this partnership, which has been in place since 2003. The current training courses have 27 officers, non-commissioned officers and non-commissioned members of three armies engaged in A2 and B2 level training. 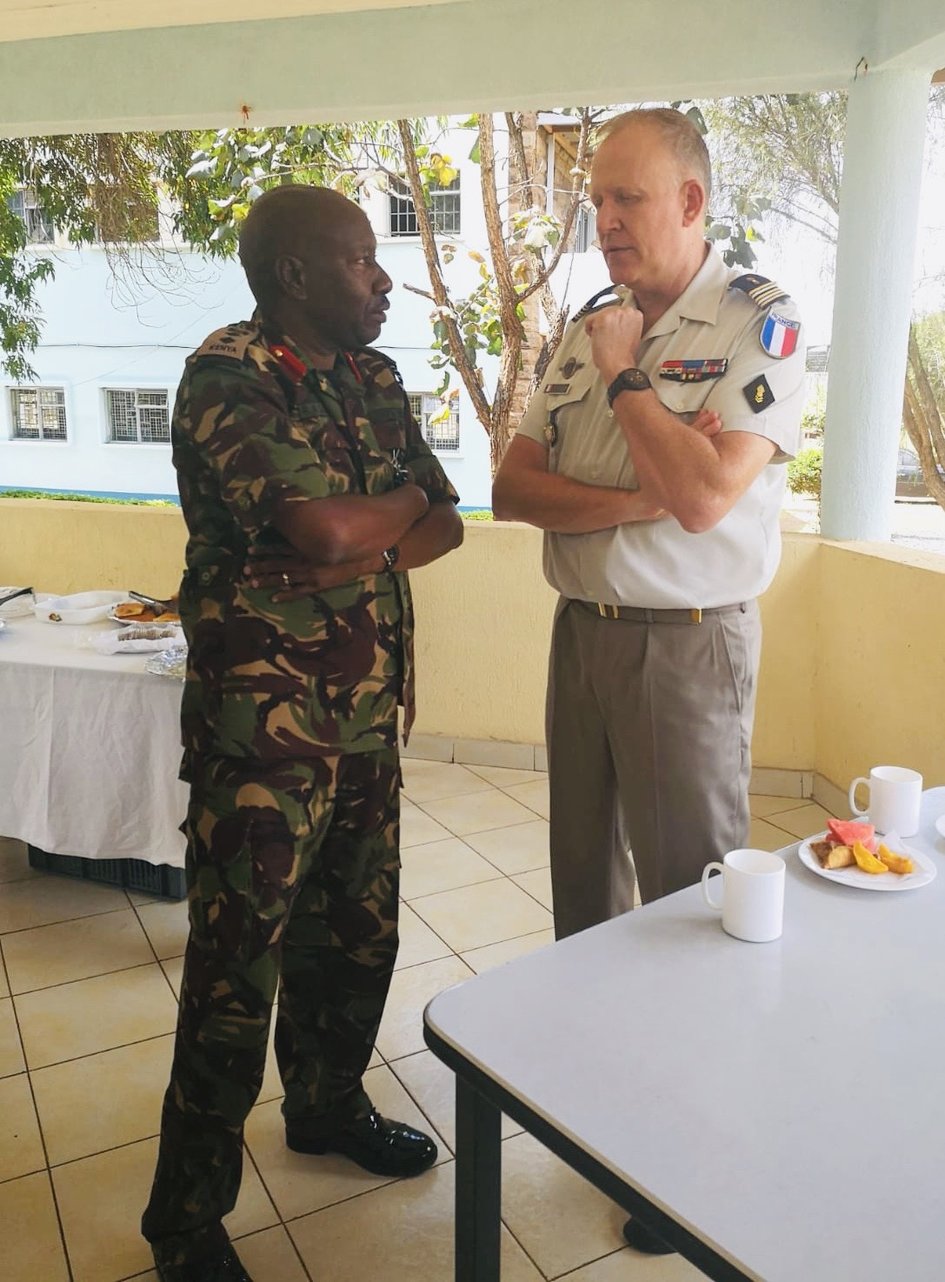 The Defence Attaché stressed to DEFSHE officials and trainees the importance for Kenyan forces of having officers capable of exchanging in French with their African counterparts from French-speaking countries engaged in Somalia or in operations under United Nations. 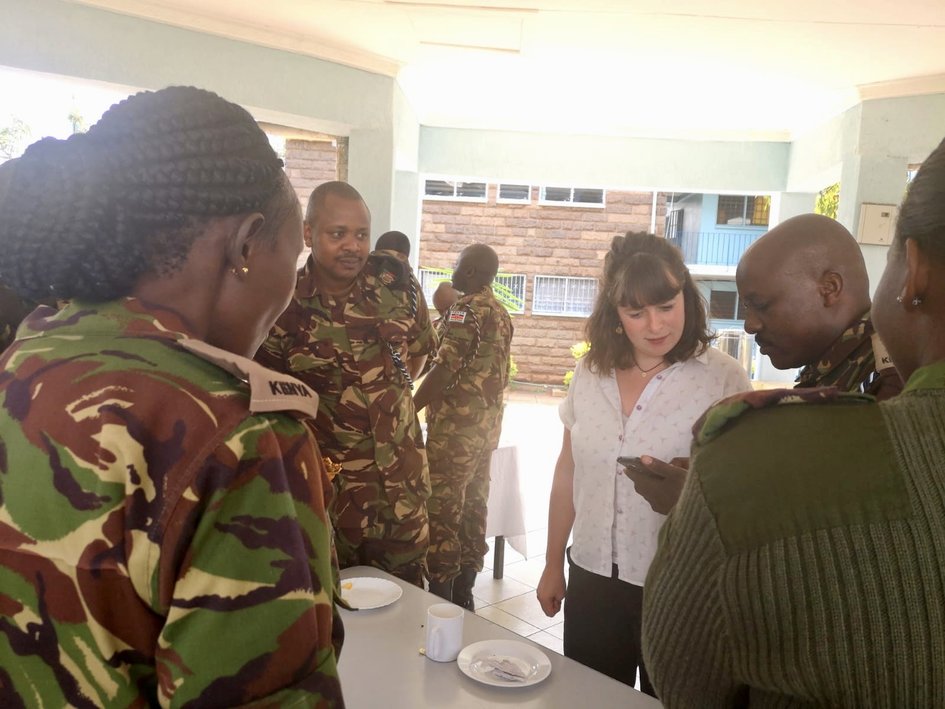 It was also essential for the Kenyan Navy to maintain a pool of officers and non-commissioned officers in this field as part of the French ship calls on Mombasa, which allow for numerous exercises and exchanges of know-how between the two Marines.